Eliminating chronic undernourishment by 2030 is a key element of the proposed Sustainable Development Goal 2 of the new post-2015 agenda to be adopted by the international community later this year. However, a "business as usual" approach would still leave some 650 million people hungry in 2030, warns FAO report. 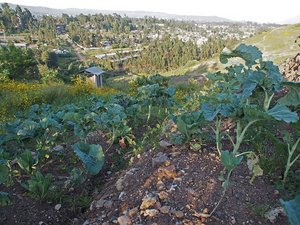 According to a recently released report ‘Achieving Zero Hunger: Combining social protection with pro-poor investments’; nearly 800 million people today, most of them in rural areas, still do not have enough food to eat. This notes the report is despite the progress made in recent decade. The report is prepared by the UN Food and Agriculture Organization (FAO), the International Fund for Agricultural Development (IFAD), and the World Food Programme (WFP).

The report perceives that eradicating world hunger sustainably by 2030 will require an estimated additional US dollar 267 billion per year on average for investments in rural and urban areas and in social protection, so poor people have access to food and can improve their livelihoods. This would average US dollar 160 annually for each person living in extreme poverty over the 15 year period.

The report describes how the international community needs to build on the successful experiences of some countries that have effectively used a combination of investment and social protection to combat hunger and poverty in rural and urban areas.