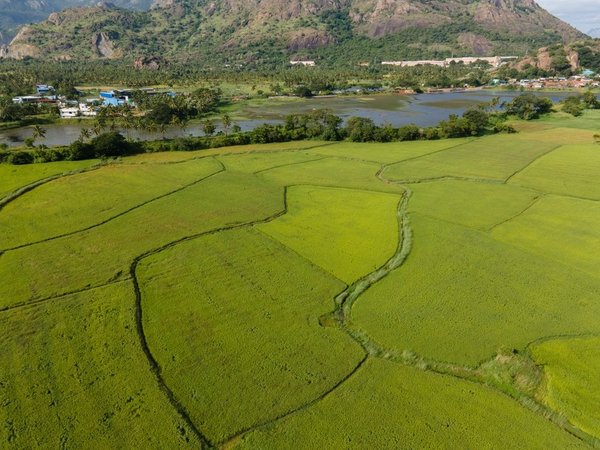 A modelling framework to assess surface and groundwater resources

Against the backdrop of climate change and rising water demand, tools for adequately modelling water availability are much needed. In a new study, researchers applied a large-scale model linking surface water to groundwater, which can be used for estimating water resources at a high spatial resolution.

Groundwater – the water contained in porous and fractured rocks underground – is the largest freshwater source on Earth apart from the ice caps and glaciers. It feeds into rivers, lakes and other surface water bodies, and is essential for ecosystems. In addition, groundwater systems are an integral part of agricultural irrigation, especially in regions with scarce surface water resources.

In a new study in Geoscientific Model Development, a team of researchers at the International Institute for Applied Systems Analysis (IIASA) coupled the Community Water Model (CWatM) with the groundwater flow model MODFLOW, allowing for the reproduction of water tables at very fine spatial resolutions. The integrated model simulates hydrological processes occurring in soil and surface water bodies at the hillslope scale, with grid cells smaller than one kilometre. It can be used to model water cycles at various geographical levels, ranging from small basins to entire countries.

By comparing the Austrian Seewinkel region and the Indian Bhima basin, extending over 573 and 46,000 km² respectively, the researchers tested the model’s capacity to adequately reproduce water tables under different climatic, geological, and socioeconomic conditions. The simulated results were validated with observed water table depths and fluctuations over a period of 35 years in Seewinkel and 16 years in Bhima.

“These biophysical models are important because water cycles need to be quantified for proper water management,” says Luca Guillaumot, the study’s lead author and a researcher in the IIASA Water Security Research Group. “We can study how local and regional water processes interact by linking models at different scales. In particular, a model like CWatM-MODFLOW is a useful tool to project the impact of future water management plans, land cover changes, or climate change.”.

Furthermore, the authors used the model to assess the impact of groundwater-based irrigation on the water cycle in the two regions under investigation. They found that irrigation increases the amount of water that moves into the atmosphere through evaporation from soil and transpiration through plant tissues, but reduces groundwater support to rivers and humid areas, especially during dry seasons. The results also indicate that the water table is deeper in areas with intense irrigation pumping.

Despite persistent challenges in reproducing water table depth patterns and calibrating the model at resolutions as fine as possible (~100m), the study represents a significant improvement in large-scale hydrological modelling.