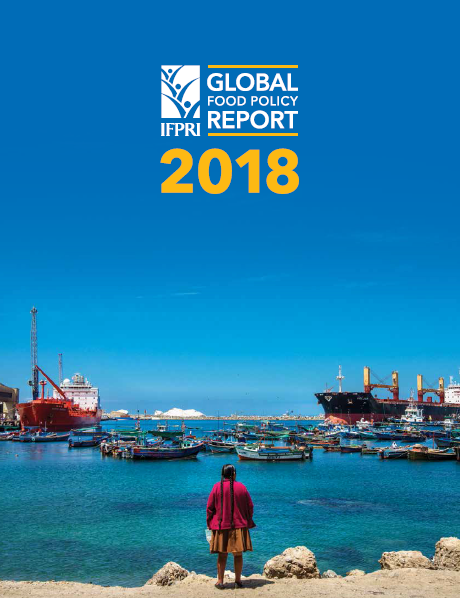 The authors of the Global Food Policy Report warn against increasing isolationism and protectionism and advocate free trade, which they consider to be an instrument that improves livelihoods.

According to the report, the rise of isolationism and protectionism, visible in the US withdrawal from multilateral trade and climate agreements, the UK’s “Brexit” from the EU, and growing anti-immigration rhetoric in developed countries, threatens to slow progress toward the Sustainable Development Goals and improved food security and nutrition,

Although backlash against globalisation has been mostly portrayed as a phenomenon affecting the developed world, the report highlights how rolling back global integration could harm the livelihoods of millions of poor people in the developing world as well.

The report scrutinizes the impact that developed-country farm support has on farmers in developing countries, and global food security. Farm support policies from these wealthy nations - particularly high tariffs and support prices - depress global prices, forcing poor farmers in less wealthy countries to compete without similar levels of support. The authors in the report contend, however, that when international trade is open it improves food security.

Facilitated by global agreements, trade has lowered the average cost of food worldwide and expanded access to more and more diversified foods. Trade barriers, in contrast, lead to high food prices in land-scarce countries, depressed food prices in land-abundant countries and lower real income in both.

While the authors recognize the potential risks associated with trade opening - including rising inequality, health impacts, increased energy use, and environmental damage - they argue that these are better addressed with policies directly targeting the source of the problem, rather than by hampering trade.

On the rising anti-immigration rhetoric, researchers debunk the populist notions that immigration disrupts local labour markets or increases crime, and present evidence suggesting voluntary migration is associated with greater food security for the migrants and their families that remain behind, as well as economic and fiscal benefits for the receiving country.

This year’s report also features chapters on how global private investments in agriculture can help the world meet the Zero Hunger goal; the role of open access data in improving livelihoods; as well as updated data sets on agricultural investment, public expenditures, and more.

Further information on the report