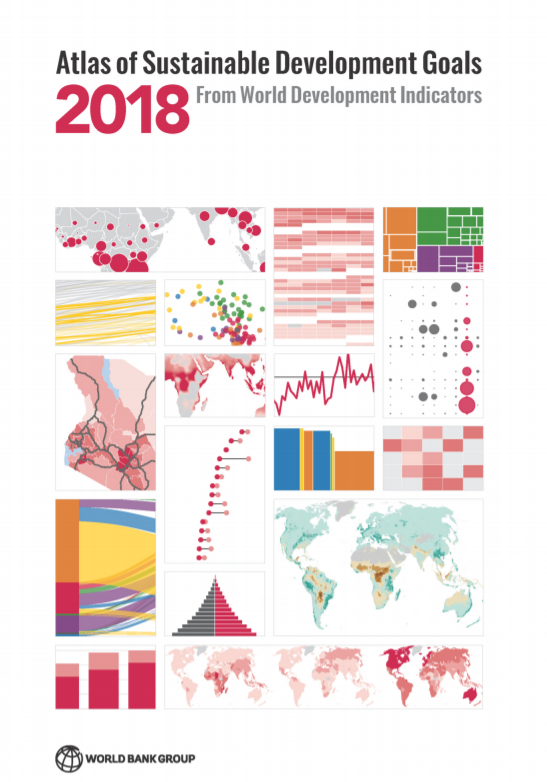 Throughout the Atlas, data are presented by country, region and income group and often disaggregated by sex, wealth and geography. The cutoff date for data included in this edition is March 30th, 2018.

The Atlas draws on the World Bank Group’s World Development Indicators, a database of more than 1,400 indicators for more than 220 economies, many going back over 50 years. It also explores new data from scientists and researchers where standards for measuring SDG targets are still being developed.

Regarding SDG 1 No Poverty, the Atlas shows that the regional distribution of poverty has changed over the last decades. Compared with 1990, there are now more poor people in Sub-Saharan Africa and fewer in South Asia and East Asia & Pacific. In fact, the percentage of people living in extreme poverty in Sub-Saharan Africa has fallen, but the number of extremely poor people in the region has grown.

The people in Sub-Saharan Africa are still living mainly in rural areas. In contrast, the majority of the world’s population has lived in urban areas since 2008, the Atlas shows. Only South Asia and Sub-Saharan Africa remain more rural than urban.

View the SDG Atlas online  or download the PDF publication