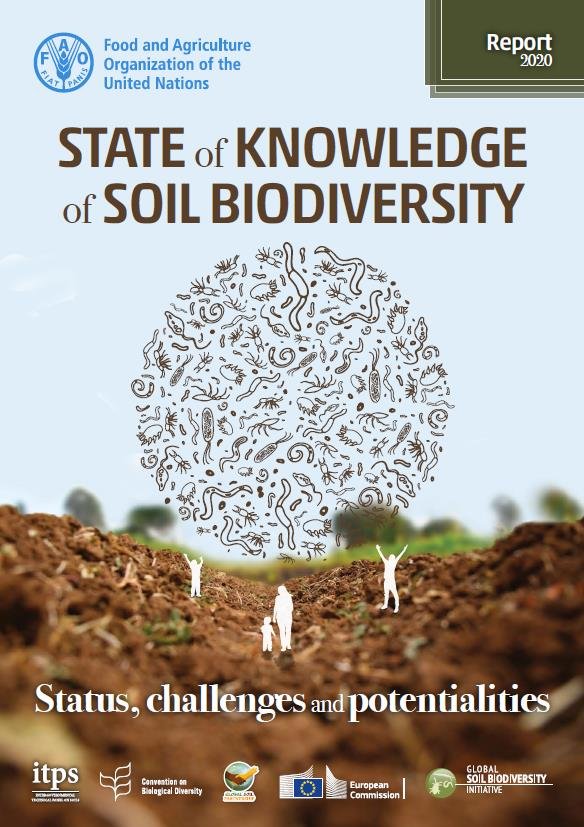 The State of Knowledge of Soil Biodiversity

Soil organisms are important for agriculture and food security, they contribute to human health and have potential to mitigate climate change. But not only does their importance remain largely underestimated, they are also threatened by human activities.

Despite the fact that biodiversity loss is at the forefront of global concerns, the biodiversity below ground is not being given the importance it deserves and needs to be fully taken into account when planning interventions for sustainable development, according to the report The State of Knowledge of Soil Biodiversity published by the Food and Agriculture Organization of the United Nations (FAO) in December 2020.

Soils are one of the main global biodiversity reservoirs. They host more than 25 percent of the world's biological diversity. In addition, more than 40 per cent of living organisms in terrestrial ecosystems are associated with soils during their life cycle.

The FAO report defines soil biodiversity as the variety of life below ground, from genes and species to the communities they form, as well as the ecological complexes to which they contribute and to which they belong, from soil micro-habitats to landscapes.

The role of soil biodiversity through the ecosystem services they provide is critical for agriculture and food security.

For example, soil microorganisms transform organic and inorganic compounds, releasing nutrients in a form that plants can feed on. In addition, soils’ diversity contributes to improving the control, prevention, or suppression of pests and pathogens.

Soil microorganisms have a significant potential to mitigate climate change. They play a key role in carbon sequestration and reducing greenhouse gas emissions. The report finds that farming activities are the biggest source of carbon dioxide and nitrous oxide gases emitted by soils.

Since the early 1900s, many drugs and vaccines have been derived from soil organisms, from well-known antibiotics such as penicillin to bleomycin used to treat cancer and amphotericin for fungal infections. In a context of increasing diseases caused by resistant microorganisms, soil biodiversity has enormous potential to provide new drugs to combat them.

The publication also underscores the need to promote innovative technologies in soil management. For instance, new molecular techniques using next-generation molecular sequencing allow a better understanding of soil organisms and the effects these organisms may have on associated cropping systems.