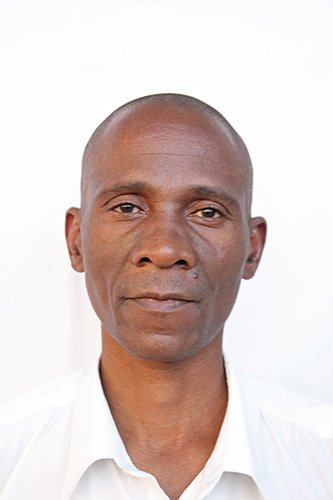 China’s engagement in Africa is viewed negatively by many. However, it does have numerous benefits for the rural population, our author maintains.

Chinese companies have made valuable contributions towards the development of rural areas in Zambia most of which are in need of infrastructure. They are involved in constructing health posts, schools, roads, hydro-power stations and other infrastructure following decentralisation and the creation of several districts, mostly in rural areas, by the ruling Patriotic Front government since 2011. Among new districts benefiting from infrastructure development is Nsama, in the Northern Province.

Nsama used to be a village without any infrastructure until it was turned into a district in 2011. Its first boarding secondary school is now being built by the Chinese company Jiangxi Zhongmei Engineering Group at a cost of 43 million Zambian Kwacha (about 4.2 million US dollars). The school will have 59 blocks including classrooms, hostels for pupils, an ablution block, a kitchen and a dining hall. The design of the school includes 27 modern staff houses for teachers. While the company employed about 100 locals, construction initially stalled due to a shortage of skilled bricklayers among Zambians. Professionals were therefore brought in from China and from urban areas in Zambia. The school, which has been financed by the Zambian government, is expected to be completed by the end of this year.

According to the United Nations Children’s Emergency Fund (UNICEF), around four million of Zambia’s 16-million-plus population are of primary school age. However, over 250,000 of them do not go to school, while more than 45 per cent of those enrolled in primary school do not complete basic education. The situation is worse for girls, especially in rural areas where there are long distances between settlements and schools. To address the problem, the government has made seven-year primary education free-of-charge. It is also having new schools built by Chinese firms, particularly in rural areas and newly-created districts, to take state resources to the grassroots.

Zambia is grappling with child marriages and teen pregnancies, especially in rural areas, which are forcing girl students to leave school even if their families have financial resources. According to Ministry of Education statistics, over 16,000 Zambian schoolgirls became pregnant in 2015, a rise from nearly 15,000 in 2014. However, the number could be higher because the ministry’s figures are only for students in school.

The new schools, especially the boarding schools in rural areas, offer several benefits, as observed by one resident. “Most of the people here are poor and are forced to send their children to other districts such as Kaputa and Mporokoso for secondary education,” explains Lawrence Chilonge, who works as a committee clerk for Nsama District Council. “This means that when the school is completed, transport costs will be reduced for the families of prospective pupils.”

Nsama is surrounded by Lakes Tanganyika, Mweru wa Ntipa, Mweru and Chishi, which will give an incentive to farmers to supply the new school with rice grown there owing to abundant water. Fishermen will thus make a living by providing the school with proteins.

The energy sector is another example of involvement of the Chinese in rural development. The Chinese state-owned Sino Hydro Corporation Limited is building the 750-megawatt Kafue Gorge Lower Hydro-power project in rural Zambia in Chikankata in the Lower Zambezi. The company has announced that it will establish a training school at the project site to give three months’ training to employees. The project, which is valued at 2 billion US dollars (USD) and has a capacity of 5 x 150 megawatts, is expected to be completed in 2018, having been commissioned by government recently. It is an example of China-Africa co-operation in which rural people in Zambia will benefit and 5,000 workers are employed. The Zambian government will provide 15 per cent of the project cost, while the remaining 85 per cent would be provided through debt financing by China Exim Bank and the Commercial Bank of China.

Construction by the Chinese has a long history in Zambia, going back to the 1970s when the Asian dragon built the 1,860 km Tanzania-Zambia Railway Authority

(TAZARA), which connects several rural districts between Tanzania’s Dar es-salaam Port and Kapiri Mposhi town in Zambia. It was China’s first and largest single foreign-aid project in Africa. The Asian dragon was well received by Zambia’s first President Kenneth Kaunda, and Chinese assistance for Africa, co-ordinated through the Forum for China-Africa Co-operation (FOCAC), has since increased, with several areas set to benefit. Assistance through FOCAC was pegged at 20 billion USD in 2012 and tripled to 60 billion USD in 2015. With abundant funds, the Zambian Government seeks to have new projects implemented especially in infrastructure development, broadband communication and rehabilitation of the existing railway network.