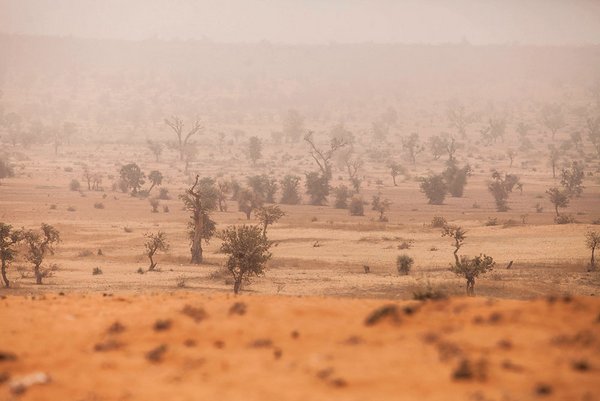 Facts and figures on land and soil

At a glance: definitions, international agreements and insights referred to in recent publications on soil- and land-related issues.

Land degradation: The persistent or long-term loss of land-based natural capital. Land degradation affects all types of land, from cities and rangelands to farmland and wilderness. While often quite evident on the surface, it is the hidden and insidious deterioration in the physical, chemical, and biological properties of soil, water and biodiversity that is undermining human health and economic prosperity.Land becomes degraded in many ways. Some are natural or indirect, but most result from direct human activities.

Land degradation neutrality: A state whereby the amount and quality of land resources necessary to support ecosystem functions and services and enhance food security remain stable or increase within specified temporal and spatial scales and ecosystems. Land degradation neutrality aims to balance anticipated losses in land-based natural capital and associated ecosystem functions and services with measures that produce alternative gains through approaches such as land restoration and sustainable land management. The goal is maintaining or enhancing the land resource base – in other words, the stocks of natural capital associated with land resources and the ecosystem services that flow from them.

Land restoration: A continuum of sustainable land and water management practices that can be applied to conserve or “rewild” natural areas, “up-scale” nature-positive food production in rural landscapes and “green” urban areas, infrastructure and supply chains. It can be active (such as planting grasses, shrubs, and trees or managing soils and wildlife), or passive (such as allowing land to recover by itself after disturbance).

Regenerative agriculture: The use of techniques that restore soil health and protect water and biodiversity by controlling soil erosion, reducing tillage and the use of agrochemicals, and adopting integrated systems of crops, trees and livestock, in addition to a wide array of other farm restoration measures.

Sustainable land management: The use of land resources, including soils, water, animals and plants, for the production of goods to meet changing human needs, while simultaneously ensuring the long-term productive potential of these resources and the maintenance of their environmental functions.

Rio Conventions: At the Earth Summit 1992 in Rio de Janeiro, Brazil, three global agreements were adopted: the Convention on Biological Diversity (CBD), the United Nations Convention to Combat Desertification (UNCCD) and the United Nations Framework Convention on Climate Change (UNFCCC). The Conventions work together to ensure that land, climate and biodiversity benefit from a joint approach to restore our balance with nature. In 2001, the secretariats of the Rio Conventions established a Joint Liason Group to collect and share information on work programmes and operations of each convention.

UN Decade on Ecosystem Restoration: Preventing, halting and reversing the degradation of ecosystems world-wide is the focus of the UN Decade on Ecosystem Restoration (2021–2030). It calls for a broad and balanced response, addressing all ecosystems and their connectivity to re-establish a healthy landscape mosaic. These efforts are closely aligned with Sustainable Development Goal (SDG) target 15.3, which calls on countries to strive for land degradation neutrality by 2030.

THE GENDER ASPECT OF LAND USE AND LAND DEGRADATION

In many countries, women have unequal and limited opportunities to access or own land in their name. According to data from the 2019 OECD Social Institutions and Gender Index,

Women tend to adopt sustainable land management technologies at a rate that is typically lower and slower than that of men – for various reasons: gender norms and roles, education, literacy, insufficient land tenure security, a lack of access to information, agricultural inputs, extension services and financing.

A recent UNCCD study shows how differently land degradation and desertification impact on women and men:

GLOBAL LAND OUTLOOK 2: what the future could look like

The Global Land Outlook 2 projects the planetary consequences of three scenarios up to 2050: business as usual, restoration of 50 million square kilometres of land and restoration measures augmented by the conservation of natural areas important for specific ecosystem functions. The results in brief:

1) Baseline
Business as usual, continuing current trends in land and natural resource degradation, while demands for food, feed, fibre and bioenergy continue to rise. Land management practices and climate change continue to cause widespread soil erosion, declining fertility and growth in yields, and the further loss of natural areas due to expanding agriculture.

3) Restoration and protection
This scenario includes the restoration measures, augmented with protection measures of areas important for biodiversity, water regulation, conservation of soil and carbon stocks, and provision of critical ecosystem functions.

The information above has been taken from these publications.