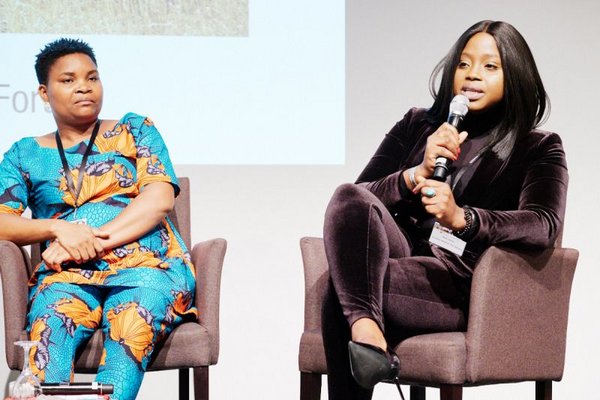 “You can’t get out of poverty with subsistence agriculture”

The German-African Business Association and the German Agribusiness Alliance traditionally meet in Berlin/Germany in late January to discuss options for private sector engagement for Africa’s agri-food sector with representatives of politics and business. This year, around 250 participants took advantage of the opportunity to communicate and network.

German and African business representatives and politicians met at the 6th German African Agribusiness Forum in Berlin in late January to discuss the development of value chains in the African agri-food sector. One issue focused on was how the role of women in agriculture could be strengthened.

Agriculture as a driver of growth

“Africa has the potential to achieve food security on its own,” Germany’s Minister of Agriculture Julia Klöckner ensured the audience in her keynote speech, stressing the role of a modern, sustainable agricultural sector as a driver of the continent’s economic development. As key factors alongside a stronger involvement of women and youth, Klöckner referred to the sustainable use of scarce and unevenly distributed natural resources, value- and rule-based trade and openness towards innovation.

All participants stressed the need to look at agriculture as an agribusiness. “You know, with subsistence agriculture, you can’t get out of poverty,” said Grace Kwiyucwiny, State Minister for Northern Uganda. This required growing cash crops. In addition to traditional cultures such as coffee, tea and cotton, her country seeks to develop markets for new products like shea butter und cocoa. In order to integrate local actors in the international value chains, each region of the country is to have an industrial park for processing in future. The necessary infrastructure that this calls for – land, water, power and roads – is to be provided by the government.

“For me, agriculture is the sole agent to change life in Africa,” said Ajola Jallow, who claimed to possess “the first large-scale privately owned agricultural business in The Gambia”. This young woman had already aspired to become a farmer since her earliest childhood. But she could find neither any role models nor any incentives, so that she initially opted for studying economics. After working for a number of banks, she then decided to enter her dream profession in 2015 after all, and launched “GrowHer Africa” – a social enterprise with the goal to “produce Professional-Grade Career Female Farmers”. For this young entrepreneur, it is time to “change the script for agriculture”. This is why the question should not be how to “empower women in agriculture” but how “business women in agribusiness” can be promoted, Jallow maintains.

“No access to markets, no access to information,” stated Beatrice Gakuba, Director of the African Women Agribusiness Network (AWAN), outlining the double challenge that women are facing in the agribusiness sector. Mutual learning platforms, peer mentoring in which the younger and the older generation are brought together, and goodwill ambassadors such as well-known actresses could play a crucial role here, according to Nkiruka Okonkwo, founder of the Nigerian Fresh & Young Brains Development Initiative, which has set itself the goal of getting young people, and above all young women, keen to go into agriculture. Nevertheless, none of this would help if women didn’t have political space, cautioned Elizabeth Nsimadala, President of the Pan African Farmers’ Organization. “Of course you will see women in the markets. But when the day of pay comes, it’s often the men’s turn,” Nsimadala added.