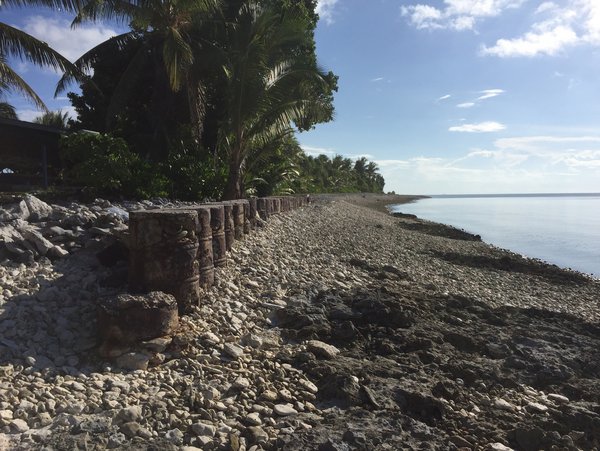 We can’t afford to hesitate

The UN Climate Change Conference – COP 24 starts in Katowice/Poland in a week’s time. In the run-up to the event, the church relief organisation Bread for the World discussed the responsibility that the international community holds for the poorest and most vulnerable countries with representatives of its partner countries and German politicians.

The recent Special Report on Global Warming of 1.5 °C by the Intergovernmental Panel on Climate Change (IPCC) has once again stressed that climate change and its related hazards pose a major threat to the existence of the poor and vulnerable communities. The publication highlights the importance of limiting global warming to 1.5 °C. The relief organisation Bread for the World has summarised the main facts of the report and the specific challenges facing the African drought corridor south of the Sahara and the low-lying small island state of Tuvalu as well as options for 1.5°C consistent pathways in a report that was discussed in Berlin/Germany.

… not simply about the weather …

Even in the highest government offices, there are said to be people denying the existence of any form of climate change. Or, if they then see no other options but to accept already thousand-fold proven facts, at least deny humans having played any part in it. Such notions were rejected twice by meteorologist Sven Plöger in his introductory address: Yes, this is indeed about climate change, and yes, human beings are playing a part in it, a part amounting to at least 50 to 75 per cent. “Climate change is tangible, and this isn’t simply about the weather,” Plöger stated, and he backed his claims by referring to a wide range of data on climate change gathered over the past decades and centuries.

In Germany, for example, 1996 was the last year that was colder than the long-term average; all the following years were too warm compared with the median. A comparison of satellite images of the Arctic demonstrates that over the last 33 years, 3.3 million square kilometres of ice has melted. In the course of the 18th century, global sea level rose by 2 centimetres, in the 19th century by 6 centimetres, and in the 20th century by 19 centimetres. “Yes, climate change has always been there. But never before has it progressed as quickly as today,” Plöger noted.

Calculations had shown that a sea-level rise of one metre would affect 13 million people in Germany, and 180 million people world-wide. “For the last 20 to 30 years, climate models have been predicting what is happening. We know all this, but we haven’t taken action,” Plöger said. Now it was all the more important not to waste the opportunity to act. Regarding current carbon dioxide emissions, the existing time frame would cover the next 15 to 20 years.

… but about people’s survival

The South Pacific island state of Tuvalu is situated an average 1.80 metres above sea level. Currently, sea level is rising 4 centimetres a year in the region. Again and again, hurricanes sweep over this small island nation. This is not a new phenomenon, but the hurricanes are getting stronger. People living in the archipelago are very well aware of the threat that they are exposed to. They have planted mangrove forests and set up barrels filled with cement along the coast. The government has installed an early warning system with which people are informed in their native language when a hurricane is set to approach their islands. But what can they actually do with such knowledge? Where should they go when their home starts to get submerged?

“We don’t want to move,” said Maina Talia of the Tuvalu Association of Non-Governmental Organisations, stating the opinion of his compatriots. For spatial and economic aspects were not all that was at stake. “We would be losing our identity, our language, our community life,” he explained. People in Tuvalu were hoping for a future where they were now. But should they be forced to leave after all, it would be crucial for them to acquire a legal status as environmental migrants, as the German Advisory Council on Global Change (WBGU) had already recommended many years previously. Maina Talia emphasised: “We don’t want to be labelled as refugees.”

“People have no chance to build resilience”

The situation is very similar in Ethiopia. In this country too, extreme weather events – prolonged drought phases – have always occurred now and then. But over the last few years, they have become more frequent, more intense and more devastating, as Sophie Gebreyes of the Lutheran World Federation in Ethiopia described. 18 to 20 million Ethiopians were affected. Whereas it had above all been the cereal growing areas that had suffered from the dryness during 2015 and 2016, the extreme weather chiefly impacted on pastoral life in 2017. And the next drought had already been forecast for 2018/19.

“The El Niño phenomenon used to occur every six to ten years, but now it comes every two years. People are not able to build resilience,” Gebreyes noted. “We are dealing with humanitarian crises year after year.” Around 75 to 80 per cent of the country’s 105 million inhabitants live on agriculture, most of them on rainfed agriculture. “When you are dependent on rain and there is no rain, you immediately become food-insecure,” Gebreyes stressed. Of course her country was also willing to contribute its share to combating global warming and had, for example, defined its Nationally Determined Contributions (NDCs). But it lacked the financial means and technologies to implement the corresponding measures. Support was needed in developing an adaptive capacity and for disaster risk reduction. Just like the representative from Tuvalu, she appealed to the industrial nations, and in particular to Germany, to contribute their share to climate justice and also assume a leading role in the forthcoming climate negotiations.

“Climate change is the biggest poverty driver of all”

“So much coping with disasters is necessary that we aren’t getting down to development co-operation anymore. Many countries have reached the limits of what they can cope with,” Cornelia Füllkrug-Weitzel, President of Bread for the World, noted. The developing countries required between 140 and 300 billion US dollars a year to implement climate adaptation measures. However, the international community had agreed on a mere 100 billion US dollars until 2020. Climate change was one of the biggest drivers of poverty. With a view to Katowice, Füllkrug-Weitzel called for a greater international climate change financing and a policy of “extremely swift decarbonisation”. To her, for Germany, this meant decommissioning half of all the existing coal-fired power stations immediately and completely phasing out coal-generated energy by 2030.

“A fair transition is needed”

Germany was already providing a considerable share of support for the developing countries, maintained Rita Schwarzelühr-Sutter, Parliamentary State Secretary at the Germany Federal Ministry of Environment, and she referred to the Climate Adaptation Fund, projects on the development and protection of mangrove forests, NDC partnerships and measures in the insurance sector. Regarding phasing out coal, Schwarzelühr-Sutter called for a “fair transition”. Coal-fired power generation could not simply be phased out without providing people employed by the sector with new job prospects. She nevertheless conceded that Germany could play a vanguard role, just like it had in the energy turnaround – by demonstrating how one could remain economically successful and even create jobs despite achieving the climate targets. Looking towards Katowice, she expressed her desire to see a more reliable, transparent set of regulations that all countries could agree on and that were also binding for all countries.

Download the study “Limiting Global Warming to 1.5°C. The climate risks and irreversible losses we must avoid”