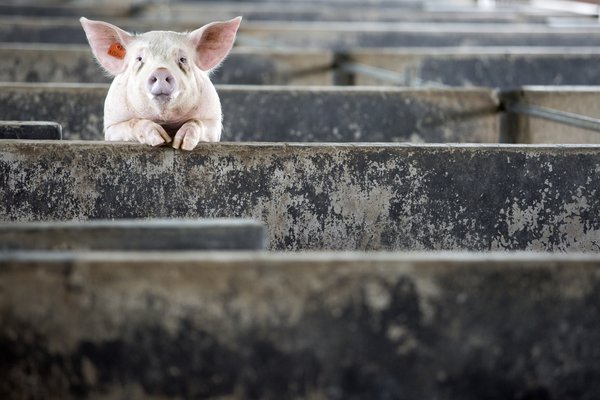 Antibiotics are one of the most important aids to human and animal health.
Photo: ©FAO/Giulio Napolitano

Careless use of antibiotics leads to resistance in bacteria which no drugs can then help with. After 15 years of fighting antibiotic resistance WHO, FAO and OIE decided in 2015 to form a Tripartite Pact to promote their common concern, “One Health”. Human and animal health can only be ensured by physicians and veterinarians if antibiotics are used more carefully.

At the end of October 2018, the World Organisation for Animal Health (OIE) convened an international conference in Morocco. The background is the second OIE report for 2017 on the use of antibiotics. This showed that 98-97 mg of antibiotics were used worldwide for each kilogramme of live weight, rising to 134.31 mg/kg at the upper end of the range.

In 2017, the three parties, World Health Organization (WHO), Food and Agriculture Organization of the United Nations (FAO) and OIE, presented a new concept for healthcare and health management. The issue of “antibiotics” has since been more broadly drawn, and is also being tracked by the UN Environment Programme as a member of Tripartite Plus. Through excrement, antibiotics enter the environment and ultimately return to the food chain.

“We need to be faster,” says Sally Davis from the Coordination Group of the four organisations, formed by the UN. The Global Action Plan drawn up in 2015 needs to be linked to the sustainability goals. “It’s our common problem,” Davies states, continuing, “the use of antibiotics as a growth hormone must stop!”

Without avoiding antibiotic resistance, the goals of eliminating hunger by 2030 and reducing poverty are not achievable. The topic has since broadened well beyond the veterinarian aspects. The Coordination Group intends to publish a draft reduction plan in January, which is also the month when the UK will be publishing an interim report on its five-year strategy against antibiotic resistance. The British want greater awareness of the issue among the population and freedom of choice for consumers. This increases the pressure on governments to implement national plans.

The World Bank’s Jürgen Vögeler is following the same lines. He is Senior Director, Food and Agriculture Global Practice, and reports on the realignment of World Bank policy. All decisions are now made with a climate policy focus. This is now to apply to agriculture in future, including the aspect of antibiotic resistance. As with the climate, the World Bank intends to add up the costs of non-beneficial antibiotic use, as an economic contribution. Antibiotic resistance costs around two to three per cent of GDP worldwide.

Public funds alone are insufficient for the reorientation of agricultural policy. Private investment must also be steered in socially desirable directions. This also applies to agricultural policy. The EU has been following a policy of directing funds towards sustainability. Worldwide, around USD 600 billion a year goes to agriculture, but too little of this is in the direction which is best for people, animals and the environment. It is accordingly a question of policy orientation rather than investment. Even a small redistribution of subventions could make a difference.

The papers from Morocco will be published on the conference website in mid-November: www.oie.int/amr2018/en/