Twenty per cent of the migrants hold a higher education degree, 27 per cent have had vocational education and training, about 40 per cent have completed school education, while 13 per cent have no formal education certificate. Slightly less than a third of the country’s population (64 per cent) are rural. Since most migrants are men, many households lack labour in agriculture. This is aggravated by the share of the migrants who work in construction, as they out-migrate during the summer. Many households respond to the lack of labour at home by switching to crops with lower labour requirements. Instead of maize or wheat, they grow lucerne, for example, which is used as animal feed for the households’ own requirements or for sale. These crops are planted every five years and just need to be harvested two or three times a year. Others concentrate on gardening and fruit trees, though mostly for subsistence or to deliver small amounts to local markets. 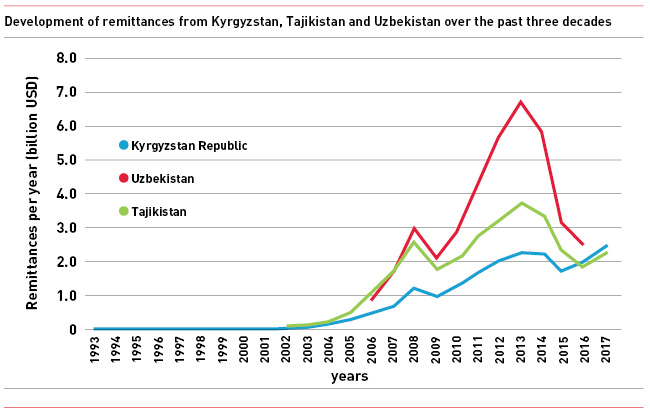