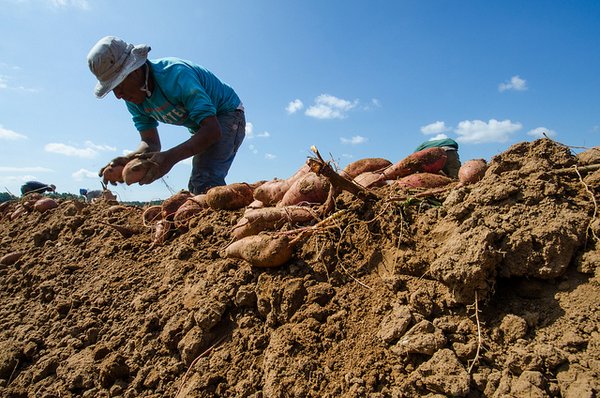 Soils are vital for producing nutritious crops and they filter tens of thousands of cubic kilometres of water each year.
Photo: © USDA (flickr)

The Status of the World's Soil Resources

The world's soils are rapidly deteriorating due to soil erosion, nutrient depletion, loss of soil organic carbon, soil sealing and other threats, but this trend can be reversed, states the UN report “The Status of the World's Soil Resources”, published at the end of the Year of Soils 2015.

To mark the end of The Year of Soils 2015 which is now drawing to a close, the Food and Agriculture Organization FAO published the report: The Status of the World's Soil Resources in December 2015. The report was produced by FAO's Intergovernmental Technical Panel on Soils and brings together the work of some 200 soil scientists from 60 countries.

The conclusion of the report is that the majority of the world's soil resources are in only fair, poor or very poor condition and that conditions are getting worse in far more cases than they are improving. In particular, 33 percent of land is moderately to highly degraded due to erosion, salinization, compaction, acidification and chemical pollution of soils.

The report notes how there is a general consensus on soil-related strategies that can, on the one hand, increase the supply of food, while on the other, minimize harmful environmental impacts. The solution proposed is one that centres on sustainable soil management and which requires the participation of a broad level of stakeholders ranging from governments to small-holder farmers.

Such actions need to be supported by targeted policies, including:

Download the publication: The Status of the World's Soil Resources

Download the summery of The Status of the World's Soil Resources