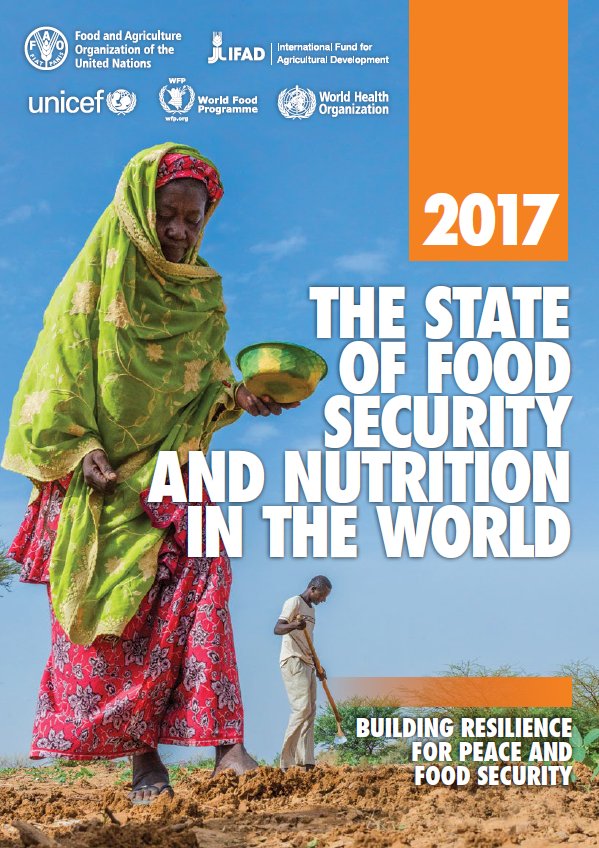 The State of Food Security and Nutrition

The annual UN report has been re-geared to reflect the SDGs agenda's broader view on hunger and all forms of malnutrition. It states that the world hunger is on the rise again, mainly driven by conflict and climate change.

The report is the first UN global assessment on food security and nutrition to be released following the adoption of the 2030 Agenda for Sustainable Development, which aims to end hunger and all forms of malnutrition by 2030 as a top international policy priority.

It is the first time that UNICEF and WHO join FAO, IFAD and WFP in preparing this report. According to the authors, this change reflects the SDGs agenda's broader view on hunger and all forms of malnutrition. The report has been re-geared for the SDG era and includes enhanced metrics for quantifying and assessing hunger, including two indicators on food insecurity and six indicators on nutrition.

The report states that global hunger is on the rise again, affecting 815 million people in 2016, or 11 per cent of the global population. At the same time, multiple forms of malnutrition are threatening the health of millions worldwide. According to report, conflict - increasingly compounded by climate change - is one of the key drivers behind the resurgence of hunger and many forms of malnutrition.