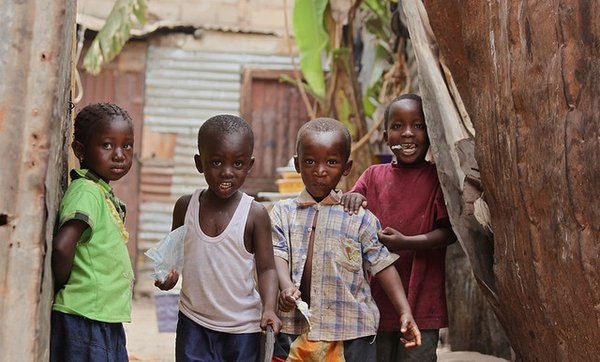 By 2015 all the Millennium Development Goals (MDG) were to be achieved. The United Nations have now published the final MDG report. Despite progress in many areas - a lot remains to be done.

In July 2015 the United Nations published the final Millennium Development Goals (MDG) report. Although much has been achieved overall, unacceptable situations and inequalities are still prevalent. Today, 836 million people are still living in extreme poverty, although this is far fewer than in 1990 when 1.9 billion people were doomed to living in absolute poverty.

According to the United Nations review of the MDGs, the rate of children dying before their fifth birthday has declined by more than half, dropping from 90 to 43 deaths per 1,000 live births since 1990. The maternal mortality ratio shows a decline of 45 per cent worldwide, with most of the reduction occurring since 2000.
Targeted investments in fighting diseases, such as HIV/AIDS and malaria, have brought unprecedented results. Over 6.2 million malaria deaths were averted between 2000 and 2015, while tuberculosis prevention, diagnosis and treatment interventions saved an estimated 37 million lives between 2000 and 2013. Worldwide, 2.1 billion have gained access to improved sanitation and the proportion of people practicing open defecation has fallen almost by half since 1990. Official development assistance from developed countries saw an increase of 66 per cent in real terms from 2000 and 2014, reaching USD 135.2 billion.

The United Nations point out that progress has been uneven across regions and countries, leaving significant gaps. Conflicts remain the biggest threat to human development, with fragile and conflict-affected countries typically experiencing the highest poverty rates.
Gender inequality persists in spite of more representation of women in parliament and more girls going to school. Women continue to face discrimination in access to work, economic assets and participation in private and public decision-making.

In the context of the environment, global emissions of carbon dioxide have increased over 50 per cent since 1990 and water scarcity now affects 40 per cent of people in the world and is projected to increase.