The EU’s Common Agricultural Policy report shows how CAP and EU development policies could work together. 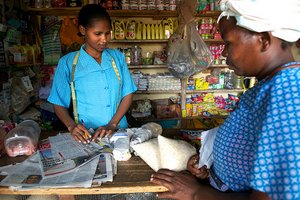 The new publication reflects the importance of agriculture to development throughout this development-focused year. The year 2015 is the European Year for Development and also the year in which the EU will feature at the Milan Expo on the theme of ‘Feeding the Planet.

Moreover, given that food security is one of the world’s major development challenges the EU is aware according to the report, that increased demand for conventional (food-/feed-based) biofuels can also increase the competition for resources, including land, water, labour and other inputs, particularly if the sector is badly managed.

According to the report for instance biofuels and the EU renewable energy policy have been on the Policy Coherence for Development (PCD) agenda for the last few years, resulting in high awareness levels and extensive monitoring to avoid negative side-effects, in particular on food prices. In principle, biofuel demand in the EU could provide opportunities for an increase in exports from developing countries, with benefits for economic development.