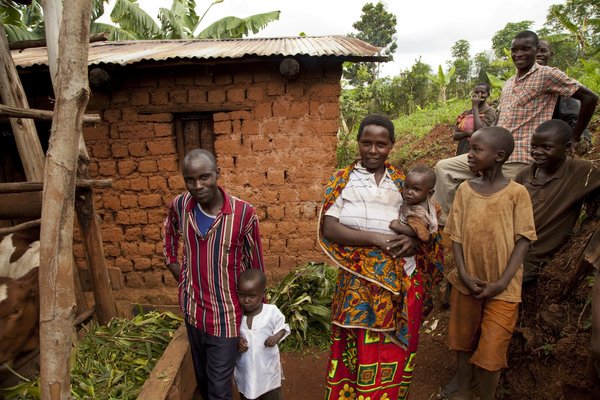 The Decade of Family Farming

José Graziano da Silva, Director-General of the United Nations Food and Agriculture Organization (FAO) spoke to Rural 21 in 2014, the Year of Family Farming, of a “growing global consensus that family farming is key to feeding a global population that is expected to reach more than nine billion people by 2050.”

Family farming produces between 70 and 80 per cent of food globally on 500 million family farms. A family farm is “managed and operated by a family and predominantly reliant on family labour, including that of both women and men”, according to a definition presented by Director-General Graziano da Silva in the Rural 21 Issue on Family Farming.

Commitment to the growth of family farming

The FAO declared that family farmers are an important part of the solution to a world free of hunger and poverty. It also stressed that there is plenty of evidence to show how poor family farmers can quickly grow their production potential in an environment where favourable policies are effectively implemented. This commitment to the growth of family farming and its contribution to meeting the Sustainable Development Goals is the key to the request for the Decade of Family Farming.

The Decade of Family Farming aims to show civil society and its institutions the challenges faced by family-scale agriculture as well as the great contributions it makes to global food security, combating poverty, hunger and malnutrition and attaining the Sustainable Development Goals (SDGs). Both the actual contributions of family farming and also its potentials are to be highlighted.

The focus on Family Farming aims to lead to higher agricultural productivity and incomes for family farmers and improve living conditions in rural areas. Other aims on the agenda include boosting rural employment, reducing migration, both rural-urban and between countries, and enhancing equality for women.

Read the Concept document of the Decade of Family Farming (summary)