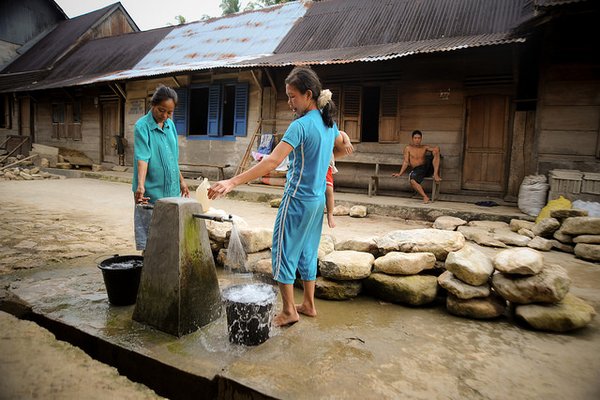 Asia has seen a billion people able to emerge from a life of poverty, while nevertheless development has varied greatly depending on the area of the region.
Photo: © Asian Development Bank 2016

The 21st Century will be Asia’s century

Asia’s economy is also slowing down, although clearly less than in other regions of the world. The Asian Development Outlook 2016 describes the specificities of the different areas of this region within the world economy.

The 21st Century will be Asia’s century, commented Dr. Marcel Fratzscher, President of German Institute for Economic Research (DIW) at the presentation of the Asian Development Outlook 2016 at the end of March in Berlin. After the presentation of its report the Asian Development Bank (ADB) will hold its annual meeting at the beginning of May in Frankfurt which will also focus on Asia’s economic prospects for the global economy.

Over recent decades, Asia has seen a billion people able to emerge from a life of poverty, has achieved high growth rates, while nevertheless development has varied greatly depending on the area of the region and corresponding dependency on large countries such as China, India and Russia.

According to Fratzscher, the forecast that economic growth is slightly receding from 5.9 to 52 per cent appears to be a luxury problem when viewed from the perspective of western industrialised countries. ADB's Chief Economist Juzhong Zhuang explained however, that when growth in China drops by one per cent, the rates of other countries also recede by 0.5 percent.

From the economic outlook viewpoint, Asia covers 45 countries, from Uzbekistan to Japan, from China to Papua New Guinea. The region’s heterogeneity is also reflected in its economy. Currently, India numbers as the largest economic region in South Asia. The Maldives benefit from luxury tourists, whereas Nepal is still suffering from the aftermath of the earthquake. Since last year India is enjoying growth of around 7.0 per cent and will probably reach 7.3 per cent growth in 2017.

Indonesia’s economic engine is steaming along. Following four years when economic growth exceeded 5.0 percent, the ADO forecasts up to 5.5 per cent for 2017. The country is to pull other ASEAN countries along too, so that they can balance out the losses made in recent years.

Growth in East Asia will be slower. The report provides no good news for Central Asia where dependence on the Russian economy is a heavy burden and caused growth to fall from 5.3 to 2.9 per cent last year. Moreover, countries from Azerbaijan via Kazakhstan to Uzbekistan are suffering from a double-digit inflation.

In order to provide a sustainable foundation for growth in Asia, it is necessary to reduce the gap between current and potential growth, concluded Juzhong Zhuang. This requires investments in infrastructure and public service. Further safety factors to be improved are better political framework conditions through to just allocation of land and orderly economic policies.