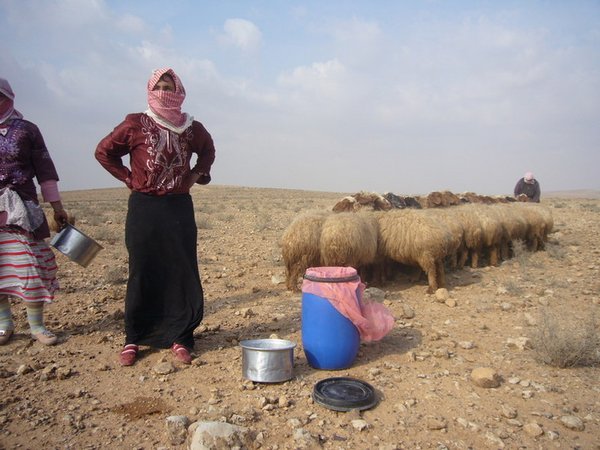 Syrian Farmers need to be supported

As many people in Syria depend on food assistance, Germany offered a landmark contribution to the WFP of €570 million to meet this demand at the Supporting Syria and the Region conference early February 2016. Meanwhile, the FAO has stressed that food assistance alone cannot feed the country; the Syrian farmers also need to be supported.

Within Syria, 8.7 million people are in need of food security assistance, out of an estimated 13.5 million people who continue to need urgent humanitarian assistance. To meet this demand, the German government offered a landmark contribution to the World Food Programme (WFP) of €570 million (US$623 million) at the Supporting Syria and the Region conference early February 2016.

According to WFP, this contribution, which brings Germany’s total contributions to WFP during the Syria crisis to close to €760 million, will be crucial for the WFP Syria crisis response throughout the continuing winter period in the region.

Germany was already WFP’s second largest donor in this crisis following the United States, having provided €137 million for WFP’s emergency response both inside and beyond Syria in the year 2015.

According to the Food and Agriculture Organization of the United Nations (FAO), imported food assistance alone cannot feed the country and that is why maintaining food production amidst this conflict is so critical. It is important to support farming families to produce food to meet basic needs, stressed the FAO at the same conference.

In the past 18 months, prices for wheat flour have tripled in some markets inside Syria and rice prices have risen more than six fold. Unemployment, inflation, and the depreciation of the Syrian pound have, meanwhile, further eroded the capacity of families to feed themselves and cope amidst the crisis.

Massive displacements and migration of rural populations are progressively depriving the rural sector of its human capital and much needed skills, contributing to a vicious circle where lack of protection, erosion of the livelihoods base and loss of economic opportunities become inextricably linked.

A lack of access to seeds and other essential farming supplies is making it very difficult for farm-ers to continue to grow food and keep their livestock healthy.

According to the latest assessments, Syria's 2015 wheat production alone was 40 per cent lower than the pre-conflict average, increasing the need for imports and dealing a further blow to food security in the country.

The livestock sector, too, has taken a significant hit, with 30 per cent fewer cattle, 40 per cent fewer goats and only half the number of poultry left in 2015, compared with 2011, as infrastruc-ture is destroyed, animals fall sick or are looted, or families are forced to sell or slaughter their livestock to cope.

In neighbouring countries, agriculture has been identified by many as one of the sectors that can boost local economies and offer greater labour market and employment opportunities for both refugees and host communities.

But in order to fulfil that potential, adequate resources need to be mobilized quickly to help farm-ers rebuild and maintain production now.