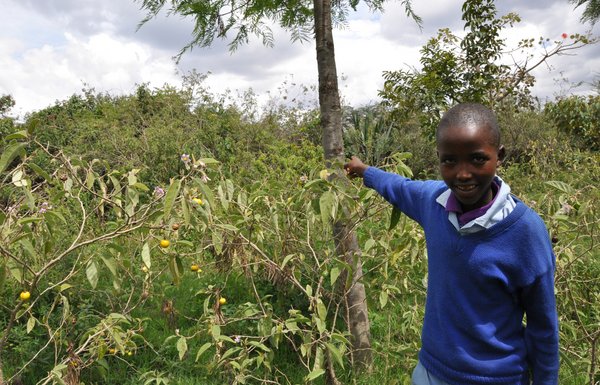 FMNR enables large areas of degraded land to be re-greened within a short period of time.
Photo: © World Vision

The FMNR reforestation method has established a million hectares of new forests according to World Vision. This has improved the micro-climate and raised the prosperity of the population in the pertinent regions.

One million hectares of degraded land has been returned to nature by applying the “farmer managed natural regeneration” method FMNR, reported the international children’s charity organisation World Vision in March 2015.

The method has successfully created new forest land over wide-reaching areas in countries such as Niger, Ethiopia, Kenya, Ghana, Senegal and East Timor. Farmers applying FMNR on their land can harvest up to 100 per cent higher yields.

World Vision agricultural experts say that the precondition for successful FMNR is a natural living root system. This enables large areas of degraded land to be re-greened within a short period of time. New trees and shrubs begin to grow within just one year.

In Niger more than 200 million trees are now flourishing thanks to FMNR, and their number is increasing every year. In southern Ethiopia an area covering 2728 hectares has been reforested. Through the emissions trading system the project generates additional income for the people living in the region. The communities invest the money to build a barn, a grain mill or buy a truck to transport the goods to market. Additional income is gained from selling fruit, forage and firewood collected in the forest. The microclimate has also improved. In northern Ethiopia the new forest now growing on 20 000 hectares of land has contributed to raising the groundwater level.