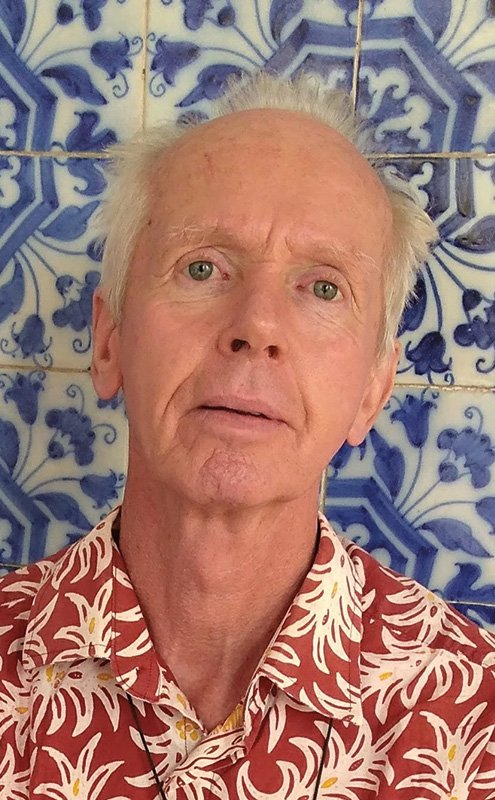 Can subsidised crop insurances contribute to rural development? The European Union allows subsidies for insurances of aquaculture stocks, and the FAO suggests this helps to increase seafood production. However, studies on livestock and crop insurances do not support such proposals. National development is better served by farmers who invest in truly risk-reducing technologies, our author argues.

Recently, the UN Food and Agriculture Organization (FAO) advised governments to subsidise multi-peril or broad insurances of aquaculture stocks – based on a report that reviewed ten years of such insurances through an online survey in 29 countries. Globally, still very few producers contract these insurances, while insurers have become less hesitant for two reasons: more data on risks in aquaculture, and the availability of more subsidies for insurances. Using less resources per kg protein than most animal products, aquaculture is a relatively young sector for which few studies exist on the efficiency of stock insurances. Setting out from literature on crop and livestock insurances, I will show that such insurances come along with hazards, and that their subsidies are socially unjust.

Crop and lifestock insurances – and their hazards

In high-income countries, most farmers, primary producers of food, insure their buildings and other facilities (machinery) against risks of fire. This insurance is not subsidised by governments, but crop insurances against risks of damage from heavy hail, storms and floods often are. Although some insurances of the latter three are run without subsidies, premium subsidies or government insurances can be justified. If these risks are not insured, the government is called upon after every disaster. In Africa, the International Livestock Research Institute (ILRI) has tested index-based insurances (IBIs) for livestock covering the risk of death due to drought. At a symposium, one of the researchers involved told us that even people without livestock bought such insurances, which shows why insurers are not enthusiastic. Also, there is a considerable risk that farmers will not maintain their livestock optimally. In general, as soon as their animals or crops are insured, entrepreneurs, consciously or unconsciously, take more risks.

Economists call this strategy rent-seeking or moral hazard. Owing to farmers’ rent-seeking in the USA, multi-peril crop insurances have led to greater soil erosion and more use of fragile soils. In the long term the latter leads to food insecurity, as the Dust Bowl in the Great Plains area showed in the 1930s. That is why in Australia, farmers cannot insure their sheep against drought. Rent-seeking is also one of the causes of overgrazing and overfishing – the tragedy of the commons. Overgrazing can only be prevented successfully through holistic pasture management.

Index-based insurances calculate pay-outs based on external indices extracted from observable weather or satellite data, such as intensity of rainfall, satellite images of vegetative cover, or direct measures of yields for the zone that the insurance contract covers. An IBI’s strength is its use of a single index to assess a group’s losses. In Ethiopia, an IBI reduced the moral hazard among crop farmers – after its adoption, household consumption and investments for pesticides in high-risk crops increased. The sustainability of such investments can be questioned. IBIs for livestock have worked for the wealthier with large herds, but are less valuable to the poorest. According to the ILRI study, to make an IBI work as a poverty reduction tool, an insurance programme needs to be complemented by an asset accumulation programme. Even without drought, the latter will lead to a new tragedy of the commons. For effective poverty reduction, resource-poor households should be enabled to make a decent living outside agriculture.

The main shortcoming of IBIs is the imperfect correlation between computed indices and real losses (basis risk). If the index is weakly correlated with individual farm level losses, IBIs cannot credibly reveal the real value of the loss pay-out. This hazard is higher in regions where farm plots are small. There, costs for both farmers and insurers will also remain high. Even in the Netherlands, multi-peril weather crop insurances against damages to crops and infrastructures have not really taken off, despite the government providing subsidies.

In order to reduce the risk of rent-seeking, to keep premiums low and farmers interested, multi-peril crop insurances usually have high deductibles, or limits to loss-pay-outs. The pay-out can be based on an average harvest. Good farmers have no interest in paying premiums for average returns, but invest in risk-reducing technologies. The latter usually leads to higher returns, while costing less. Examples include using compost, inter-cropping, anti-erosion bunds, irrigation and diversification (horticulture, livestock, tree crops). Other strategies are to work off-farm, to save or to loan (self-insurance).

Small producers in less developed countries frequently lack access to financial services, which increases the cost of administration and control for the insurer. The FAO report does not advocate multi-peril stock insurances for small aquaculture producers. Indeed, above-mentioned benefits, costs and returns may be different for large aquaculture companies having shareholders. Within such companies, the management is more tightly organised via protocols, and insurers may dare to take the risk without subsidised premiums. 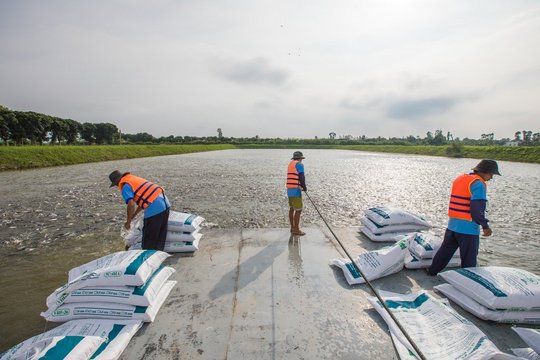 An intensive fish farm in Vietnam, part of a company with shareholders, which may have
an interest in stock insurances.
Photo: Aquaculture Stewardship Council

In China, Indonesia, Japan and Vietnam, the number of insurances of aquaculture stocks has risen sharply since 2020, most probably thanks to premium subsidies or tax relaxations. Such policies aim to stimulate investments in aquaculture. Crop insurances by private companies in Spain and the USA, for example, are up to 70 per cent subsidised. There, subsidised premiums for broad stock insurance by private companies (continue to) exist for political reasons, and thanks to lobbying by the insurers. Studies confirm that these subsidies are good for their shareholders, but do not help farmers to maintain or improve their harvest. Farmers’ attitude to save for resilience to shocks makes more sense. Similar to other low- or middle-income countries, crop insurances in some Indian states are compulsory for farmers contracting input loans.

Crop insurances carried out by the state can be up to four times more efficient than those provided by subsidised private insurers, because, notwithstanding the inefficiencies attributed to the former, the latter consider more costs, aim for a high margin and work in a market with too little competition. Whether or not multi-peril insurances increase overall welfare has hardly been studied. The theoretical model indicates that welfare decreases with increasing levels of subsidies. It appears that supporting farmers to mitigate risk and subsidising insurances addressing specific perils is a more viable approach regarding state support. Generally, multi-peril insurances ought to be left to private firms, although state insurance support could be considered for start-up farms.

Development projects for draft oxen (arable farming mechanisation) and milking heifers ("Pass your gift on") often insured these animals collectively with the benefiting group of households. The latter are then obliged to check each other socially. Such mutual insurance policies have proved difficult to be profitable for both small farmers and insurers. In India, community involvement was the best way to get small farmers on board. However, multi-peril crop insurances alone could neither guarantee a stable income nor food security for all farmers.

In Burundi, crop insurances were tested in a pilot within a total package of services by a public-private-funded research project. In the next project phase, the insurance company had dropped out because farmers were not making enough income to pay for the premiums and had other ways to cover the harvest fluctuations. Without insurances, the package was scaled-up and scaled-out successfully in two successive projects. This demonstrates again that insurance programmes do not outperform well-organised risk-reducing grant programmes supporting farmers to stabilise harvests and income. The latter will cost less to tax-payers while improving national food security.

Notwithstanding the above, the EU regulations do allow subsidies of broad insurances of fish.

In addition to issues addressed by stock insurances in other sectors, aquaculture stock insurances can cover losses caused by the following: environmental pollution, deoxygenation or other deteriorations of water quality; predation, or specific diseases or parasites; technical failure of equipment; theft, riots, strikes, etc. Coverage is broader than for any crop or livestock insurance.

When a wide variety of interest groups were involved, the lobbies in the Europe Union were not biased towards either corporations, or civic and environmental organisations. However, the list of lobbying groups in the EU related to insurances contains no civic society organisation that can counterbalance those of the insurance companies. The latter makes these lobbies biased towards the financial gains for their shareholders, which thus also allows for socially unjust subsidies for broad stock insurances in aquaculture. A suggested insurance against loss of coral reefs is an example where even states try to outsource their responsibilities for sustainable stewardship.

Studies on livestock and crop insurances do not support policies subsidising multi-peril insurances. Subsidies of such insurances for livestock and crops become a direct transfer of tax-payers’ money to the insurance corporations, while national food security may suffer and farmers’ resilience does not improve. Farmers have cheaper options to reduce most of their risks. However, without subsidised premiums, private insurers might be interested to contract multi-peril insurances for the stocks of tightly managed large aquaculture companies (with shareholders), but whether this increases seafood production or maintains producers’ net margins remains hypothetical.

That several countries subsidise such insurances, directly or indirectly, and that the EU allows such subsidies is due to unbalanced lobbies by insurance companies. Subsidised insurances provided by private companies guarantee that the companies’ shareholders always make a good profit, and are thus a transfer of tax-payer’s money to the richer, which is socially irresponsible. Both farmers and tax-payers are better served by targeted support for investments in risk-reducing technologies.

Roel H. Bosma has worked in rural development, education and farming systems research projects in several African and Asian countries, and at Wageningen University in the Netherlands. In his latest jobs, he focused on sustainable co-existence of people, mangroves and aquaculture in the landsea interface.
Contact: roel.bosma(at)xs4all.nl

Roumasset J., 2007. The Economics of Agricultural Development: What have we learned. In: Balicsan & Fuwa, Reassessing the Rural Agenda. SEARCA & Institute for SEAsian Studies, Singapore pp. 33-61.

Zevenbergen H., 2014. Coping with catastrophes: A study of crop insurances from the perspective of small farmers in India. MSc thesis, Universities Utrecht and TERI, GIZ, CGIAR.