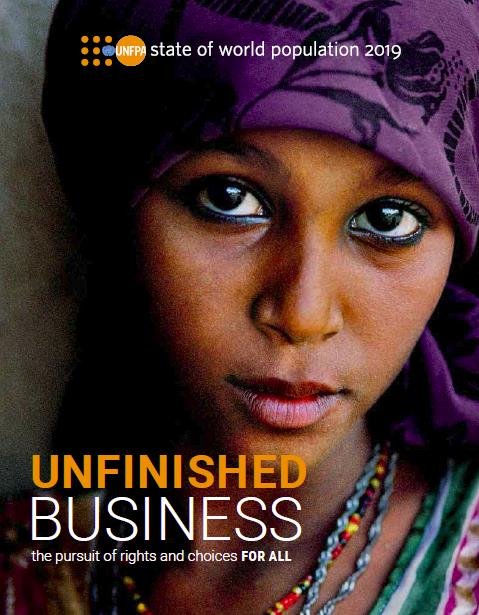 Despite achievements during the last 50 years, reproductive rights are far out of reach for many women, the report urges.

The latest edition of the annual report State of World Population was released by UNFPA (United Nations Population Fund) in April 2019. Despite the gains in empowering women made over the past 50 years, the world still has a long way to go before rights and choices are claimed by all, according to the report. An estimated 800 million women alive today were married when they were children. And every day, more than 500 women and girls in countries with emergency settings die during pregnancy and childbirth.

The report traces advances in reproductive health on the anniversaries of two important milestones. It has been 50 years since UNFPA began operations in 1969 as the first United Nations agency to address population growth and reproductive health needs. It is also the 25th anniversary of the 1994 International Conference on Population and Development (ICPD), where 179 governments called for all people to have access to comprehensive reproductive health care, including voluntary family planning, and safe pregnancy and childbirth services.

Millions of women still not able to prevent a pregnancy

However, reproductive rights are still out of reach for too many women, including the more than 200 million women who want to prevent a pregnancy but cannot access modern contraceptive information and services.

The report includes, for the first time, data on women’s ability to make decisions over three key areas: sexual intercourse with their partner, contraception use and health care. Across the 51 countries where this information is available, only 57 per cent of women who are married or in a relationship are able to make their own choices over all three of these areas.

The report also features 15 champions of change who have broken barriers in their own context and influenced the landscape of sexual and reproductive health and rights into what it is today.

Read more and download the report State of World Population 2019 at UNFPA-Website: www.unfpa.org/swop-2019