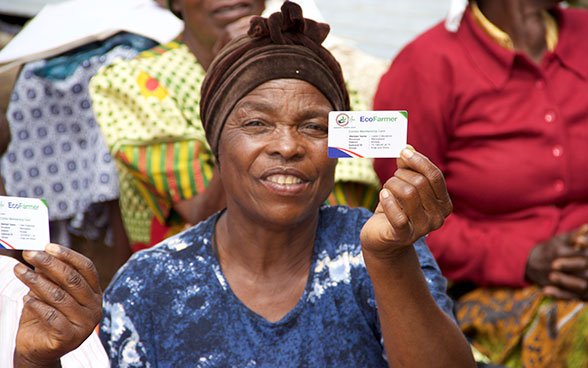 Smallholder farmers boost their incomes thanks to mobile phones

More than half of the world’s population is working in agriculture. Many of these farmers, however, have no access to market information or advisory and financial services. Agri-Fin Mobile, a project supported by the Swiss Development Cooperation (SDC), targets precisely this deficit, providing simple solutions via mobile phone with the aim of enhancing food security.

70 per cent of people living in poverty work in agriculture. Approximately half of all food produced worldwide is not produced by large agricultural enterprises but by smallholder farmers. Many of them have only limited or no access to market information or other important agricultural advisory services. The Agri-Fin Mobile project, which is co-funded by the SDC, aims to change this situation. The SDC, together with the NGO, Mercy Corps, and other partners from the private sector, supports Agri-Fin Mobile.

Hundreds of thousands of people can be reached via mobile phone

How can farmers in the remotest parts of the world be reached? The world has become somewhat smaller as a result of mobile phone technology. More and more people around the world have access to a mobile phone. Together with its private-sector partners, Agri-Fin Mobile develops management tools for agriculture that farmers around the world can buy and use at affordable prices.

This support enables smallholder farmers to earn a higher, steady income over the long-term.  With mobile phone services farmers can structure their production cycles to better effect, thus increasing food security. Specifically, for example, with this tool they can make financial transactions or obtain weather information that can help them make decisions on when to plough, sow, or harvest their crops at the best time.

The SDC is primarily involved in this project in a financial capacity. It especially supports projects like Agri-Fin Mobile that are innovative and can benefit a very large number of people.