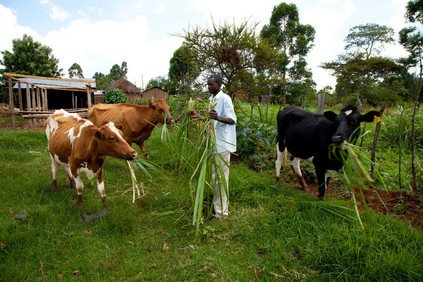 A large amount of global food supply is produced by small farms. Furthermore, areas with small farms provide a high diversity of food commodities. Researchers found that micronutrient production in these areas is higher than in areas with less diversity.

Small and medium-sized farms are important in achieving global food security, according to a study published by an international team of researchers in The Lancet in April 2017. The production of global food commodities differs geographically, and in developing countries small farms are as important for food production as large farms in developed countries.

More than half the amount of cereals, fruits, pulses, roots and tubers and vegetables produced globally was produced by small and medium sized farms with less than 50 hectares, the researchers found. Nevertheless, sugar and oil crops tend to be produced as large plantation crops on large farms covering more than 50 hectares.

Small farms play an important role in food production especially in developing countries, while food in developed countries is mostly produced by large farms. In Sub-Saharan Africa, Southeast Asia, South Asia and China more than 75 per cent of most food commodities are produced by small farms covering less than 20 hectares.

Read more: Farming and the geography of nutrient production for human use: a transdisciplinary analysis