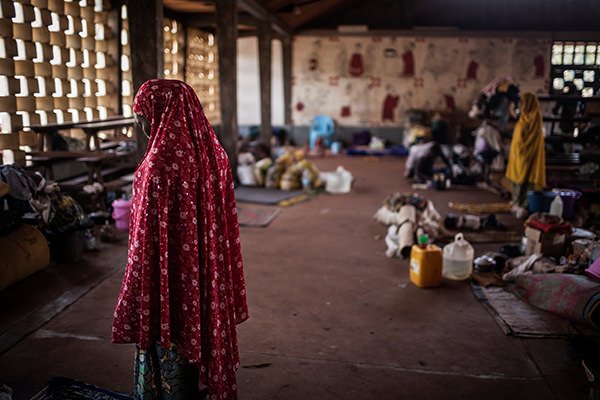 A record number of people were forcibly displaced within their own country in 2015, according to the Global Report on Internal Displacement. There are twice as many internally displaced people than the number of refugees worldwide.

Most new conflict-related displacements in Middle East and North Africa

Some 8.6 million new displacements associated with conflict and violence were recorded in 2015, and as of the end of the year the total, including those who fled in previous years, stood at 40.8 million. This is the highest figure ever recorded, and twice the number of refugees worldwide, according to the authors.

The Middle East and North Africa bore the brunt of new conflict-related displacement in 2015, with 4.8 million people internally displaced, and Syria, Yemen and Iraq accounting for over half of all new conflict-induced internal displacement worldwide.

Of the ten countries with the highest number of people internally displaced by conflict, five - Colombia, Democratic Republic of the Congo, Iraq, South Sudan and Sudan - have been on the list every year since 2003.

Most internal displacements by disasters in south and east Asia

People internally displaced by disasters in 2015 numbered 19.2 million in 113 countries. Over the past eight years, a total of 203.4 million disaster-related displacements have been recorded. As in previous years, south and east Asia were worst-affected, with India, China and Nepal accounting for 3.7 million, 3.6 million and 2.6 million displaced people respectively.

The vast majority of displacement associated with disasters is triggered by weather-related hazards such as storms and floods, but the earthquakes in Nepal were a stark reminder of the potential of geophysical hazards.

Additionally, preliminary estimates of internal displacement by other causes suggest at least a million people were forcibly displaced by criminal violence in Mexico and Central America, and tens of millions more by development projects such as dams, urban renewal projects and mega sporting events.