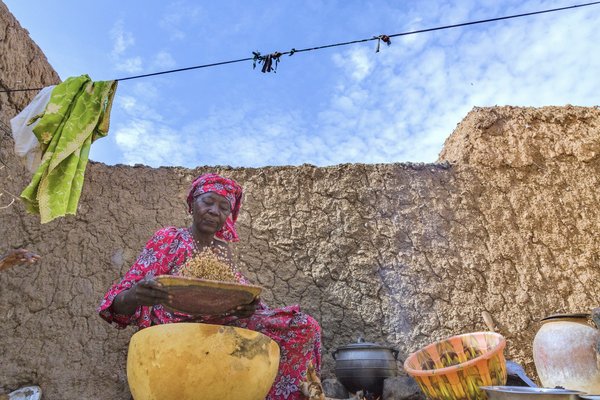 To meet the SDGs, it is necessary to make profound changes in our food systems, according to the Milano Group, an international group of experts. Moreover, current global food production is sufficient to meet human nutritional needs in 2050 provided society adapts radically, argue researchers from the UK’s Lancaster University.

"There can be no sustainable development without profound changes in food systems," researchers from the Milano Group argue. In order to meet the SDGs and the goals of the Paris Agreement, they are calling for drastic changes in food systems. Therefore, the scientists described a new approach in the article Food systems for sustainable development: proposals for a profound four-part transformation, which was published in the journal Agronomy for Sustainable Development in August 2018.

The Milano Group, an informal team of experts convened by the UN Secretary General in Milan/Italy in 2015, has devised a strategy built on the following four pillars:

The researchers point out that renewing governance of food systems is necessary to implement the four-pillar strategy. While local and national governance plays an important role in this context, the authors also stress the urgent need for a governance framework and processes on a global scale. The experts maintain that the basis this requires has to be created by science.

The foundations of a successful development lie in rural areas, according to Milano Group scientists. "The 2030 Agenda for Sustainable Development relies on flourishing rural areas. The interdependence of rural and urban areas must be acknowledged and used as the basis for a new rural-urban social contract,” says Patrick Caron, lead author of the article, and a researcher with France’s CIRAD – Agricultural Research for Development and Chair of the United Nations High-Level Panel of Experts on Food Security and Nutrition. “This would lay the foundations for a civilisation that pays its rural areas and their inhabitants for the functions they fulfil and the public goods (commons) they provide for societies, the planet and economies."

Achieving food security for all

If there is a radical societal adaptation, current global food production will be sufficient to meet human nutritional needs in 2050, according to an article published by researchers from Lancaster University. At the same time, the researchers warn that a 119 per cent increase in edible crops grown will be required by 2050, if society continues on a ‘business-as-usual’ dietary trajectory.

They analysed global and regional food supply and quantified the extent to which reductions in the amount of human-edible crops fed to animals and, less importantly, reductions in waste, could increase food supply.

The scientists found  that current production of crops is sufficient to provide enough food for the projected global population of 9.7 billion in 2050, although very significant changes to the socio-economic conditions of many and radical changes to people’s dietary choices would be required. This means replacing most meat and dairy products with plant-based alternatives, and greater acceptance of human-edible crops currently fed to animals, especially maize, as directly-consumed human food would be needed. Further, the scope for biofuel production is limited.

Read the article Food systems for sustainable development: proposals for a profound four-part transformation  published  in the journal Agronomy for Sustainable Development: https://link.springer.com/article/10.1007/s13593-018-0519-1

Read the article Current global food production is sufficient to meet human nutritional needs in 2050 provided there is radical societal adaptation published in the journal Elementa: Science of the Anthropocene: https://www.elementascience.org/articles/10.1525/elementa.310/