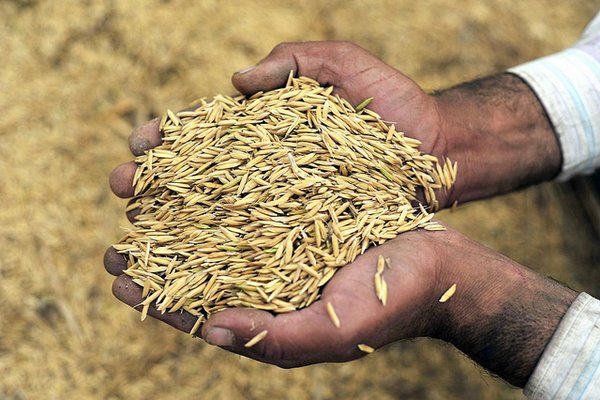 Some of Iraq’s traditional seed might still be around, safely stored in a vault beyond the Arctic Circle.

Forming part of the Fertile Crescent, an area in the Middle East that is also referred to as the birthplace of agriculture, Iraq can look back on around 10,000 years of farming tradition. Farmers selected varieties of seed most suited to their climate and saved, replanted and cross-pollinated them to improve crop quality. It was here that people domesticated wheat for the first time. However, following sanctions imposed on Iraq by the United Nations Security Council in 1990, wheat production fell by almost three quarters between 1995 and 2000. In 1997, the UN Food and Agriculture Organization (FAO) stated that the animal population had “declined steeply due to severe shortages of feed and vaccines during the embargo years”. It also noted that poor land preparation owing to factors such as a lack of machinery and deteriorating irrigation facilities was keeping crop yields at a low level. Even so, the FAO estimated that as late as 2002, 97 per cent of Iraqi farmers were still using their own saved seed or had bought seed from local markets. Samples of seed had been stored at a seed bank facility set up in 1970 in Abu Ghraib, better known for the use of its detention centre by Coalition forces following the invasion of Iraq in 2003.

After the cessation of hostilities, the Coalition Provisional Authority (CPA) was established by the USA, the UK, Australia and Poland as a transitional Iraqi government. Under Administrator Paul Bremer, the CPA issued 100 “Orders” to restructure the country. Order 81, amending the Iraq’s 1970 law on patents, addressed “Patent, Industrial Design, Undisclosed Information, Integrated Circuits and Plant Variety”. One of its chapters referred to “Plant Variety Protection” (PVW). Seeds had to be “new, distinct, uniform and stable” to qualify for PVP, criteria that the products of millennia-old processes involving cross-pollination, exchange, adaptation and selection could not possibly fulfil. Nevertheless, under Order 81, farmers could be taken to court if their seed had been contaminated with PVP-registered seed. Farmers were also prohibited from re-using PVP-registered seed or varieties showing similar characteristics to registered varieties. For instance, if a local variety was resistant to a pest in the region that a registered variety also happened to be resistant to, the farmer growing it could be in for prosecution under Order 81.

In November 2003, Texas A&M University in the USA was commissioned to lead a three-year project to help rebuild Iraq’s ailing agriculture. A&M, which prides itself on being a world leader in applied biotechnology, set up a team to work with the University of Baghdad and Iraqi Ministry of Agriculture, then under CPA control. According to University Vice-Chancellor Ed Price, the 800 acres of demonstration plots in the project contained new varieties of winter wheat, barley, chickpeas, lentils and vetch, grown from high-yield seeds that the American farmers were already familiar with but were new to the Iraqis.

Farmers in the region had of course been growing the crops chosen for the project for thousands of years. However, many of them saw an opportunity in the scheme to boost their dwindling harvests and were willing to pay the World Wide Wheat Company (WWWC), one of the A&M partners in the project, the licensing fee to use the seed. In compliance with Order 81, the fee was again due when the seed was used anew. Three of the wheat varieties strains were for bread-baking, and three for pasta, obviously for export purposes. Income from the latter could be used to buy the pesticides the plants needed, not being adapted to pests in Iraq.

Much of Abu Ghraib was recently submerged by Islamic State’s redirecting water from a nearby reservoir to subdue the local population. However, samples from the seed bank had already been taken to the International Center for Agricultural Research in the Dry Areas (ICARDA) in Aleppo, Syria, ahead of the 2003 war. When crisis broke out in Syria, nearly 80 per cent of ICARDA’s seeds were transferred to the Svalbard Global Seed Vault in Spitzbergen, Norway, with the latest contingent sent as late as 2014. Also known as the Doomsday vault, and operated by the Norwegian government, the repository acts as a backup and storage facility for a huge range of crops. Some of the seed from the Middle East has again been moved to the American University of Beirut, Lebanon, and projects are being run in that country and in Morocco to re-establish threatened strains.

So there is still a glimmer of hope for Iraq’s traditional farming. But would the seeds be enough to revive a culture based on painstaking selection and millennia of experience? The Fertile Crescent could certainly do with some good news on the agricultural front. In Iraq’s North, the short-lived oil boom has petered out, plunging the Kurdistan Regional Government into deep economic crisis. Apart from the oil, there are few income sources, and food is largely imported from Turkey and Iran. The economic downturn in northern Iraq has caused many Kurds to migrate to Western Europe, and quite a few of them have drowned in the Aegean Sea attempting to cross from Turkey to Greece.