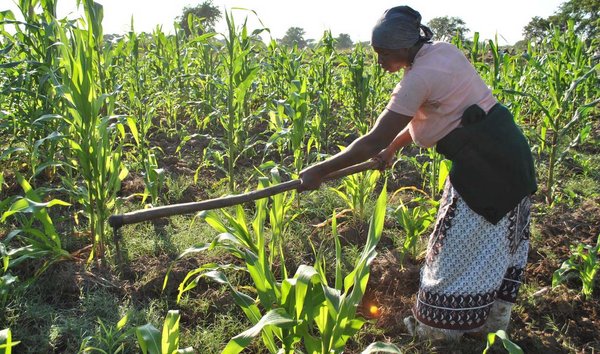 Productivity on women’s farms low because of disadvantages

Women have limited access to credit and it is harder for them to hire farmhands. This is why productivity on women’s farms averages 44 per cent less than on male-run farms, according to a new World Bank study.

Female farmers suffer from the double disadvantage of lacking access to both funds and labour, which leads to their farms being much less productive than those headed by men.

A World Bank study entitled The gender gap in agricultural productivity: the role of market imperfections, published in the Journal of Development Studies in August 2015, found that limited access to credit means female farm owners in Malawi must find work off their farm to raise capital for farm improvements such as equipment and fertiliser. But because of gender discrimination in the labour market, they are often unable to find work that pays well enough to afford this.

As a result, labour productivity on farms run by women is on average 44 per cent lower than on male-run farms, putting them at a significant economic disadvantage, the study says.

According to the authors, it is crucial to address the sociocultural barriers that keep women from improving their farms, as lower household income harms the health, education and nutrition of their families.

The study says women are often restricted to small-scale farming in Sub-Saharan Africa as they find it harder than men to get paid work if they divorce, are widowed or never marry. It finds that, because of the market disadvantages these women face, their plots are smaller and use of inorganic fertiliser is lower. Moreover, it is harder for women to hire farmhands. Hard physical labour such as ploughing may be problematic when women cannot afford help or cannot find men willing to work for them.