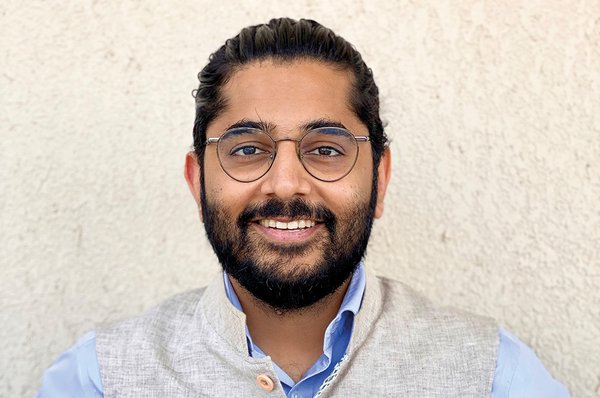 "Private actors are much closer to reality"

Rural 21: Mr Grover, what was your motivation to start working with the WAPRO project?
Rohan Grover: NatureBiofoods has always been a very sustainability-driven, responsible organisation. We are one of the pioneers of the organic movement in India, and we are one of the largest fair trade producers in the country, with about 7,000 farmers who are registered under the Fair Trade programme. So it is not just working with the farmers to produce organic ingredients and to bring in the products, but we also engage with them on the overall socio-economic development of their communities. We have adopted schools in various villages where the children of our farmers go and study, we have developed sewing centres for the women of the rural households to allow them generate an income, we have developed roads, water irrigation systems, land laser levelling for improving the fields … So while our focus remains on commerce, our company has a strong social side, too. And having a development organisation like Helvetas on board helps to strengthen this social aspect. Moreover, I assume that today, 50 per cent of the water consumed in agriculture goes into rice cultivation alone. So understanding how rice production impacts the overall water cycle and acting responsively on water productivity is of utmost importance.

What is your role in this partnership?
We are the ones who work with the farmers and train them. For anything that has to happen in the field, for any kind of package of practices that needs to be developed, put in practice or changed, we deploy our team. Since the beginning of our operations, we have gone into the remote villages of the county where we have been able to meet the like-minded farmers – plus, most importantly, which the chemical companies have not reached. So we have gone there, developed those areas, worked with the farmers, and made them understand the organic movement. Today, we have an ambit of 74,000 farmers in a land area of about 94,000 hectares.

What have you learnt from this long-term cooperation with farmers?
We learn from the farmers every day. We have to keep in mind that every farmer – and we are talking about farms that often do not have more than one hectare – has a different agronomy. The package of practices he uses is something that comes from his own experience. And it has an impact on crop production which in turn has an impact on the environment. When farmers tell you about what they have learnt over the time, you get to know which practice works on a specific site – with its own climatic, water, soil conditions – and which doesn’t. It is amazing to be with the farmers and see how their perspectives are and how intelligently and thoughtfully they do what they do.

Given this huge diversity, wouldn’t it be easier for a company like yours to work with big farms?
Yes. But working with smallholders has its merits. A small impact gives a big impact to them. If a farmer is doing things himself – because a small farmer always does things himself, whereas a larger farmer employs people to do some of the harvesting and sowing – any package of practice that you want to deploy in the field becomes more efficient because the farmer feels what he is doing – and he is doing everything to protect his livelihood. And with a community of small farmers, you can spread a message throughout the village, and then people kind of follow each other, so that things fall in place there. The demerit is that you have to put in a lot of time and effort. And one accident, one single problem, can result in a bigger problem on a larger scale. But keep in mind that India has about 115 million farmers, and in all, 600 million people today depending on farming, which is half of the country’s population. Agriculture contributes to 13 per cent of our GDP. Do you see the gap? If we continue to support the bigger farmers, the future of the smaller farmers, who cannot afford better practices, knowhow and learnings, will look gloomy – and so will our country’s future.

What makes multi-stakeholder partnerships a success?
Collaboration and thinking alike. When you work together on a common objective and you have many problems ahead of you, you form a much better team than you would if the problems were not there. While you are busy doing things, not seeing what’s on the right or what’s on the left, different partners bring in different perspectives, which are very important for the overall goal. So bringing learnings, like-mindedness and motivation to each other always helps.

Where do you see the role of the private sector in transforming our food systems?
I would say that the roles of private bodies are always very critical. As a private company, you have the opportunity to take the ownership when you want to change things. What you are doing in your limited scope, your limited area and horizon, makes an impact. And since you don’t have the pressure to make an impact on a larger scale, to show your results to anybody else, you end up doing things very effectively. Private bodies are the ones who are actually on the ground, who understand and see the results faster than anybody else. By no means do I want to say that the involvement of the other stakeholders is not important. I just think that private actors are much closer to reality and much more equipped to change things in a smaller space, and with all these small spaces coming together, the overall impact can be much better.

NatureBiofoods was founded in 1997 as a subsidiary of LT Foods, a rice specialist company, dealing with Basmati and other aromatic rice from India in various brands across the World. Family-run NatureBiofoods is India’s largest seller of organic crops. The WAPRO project rice is cleaned and polished in the processing facility in India and exported to, among others, the subsidiary in the Netherlands, where it is packaged. Farmers receive a minimum support price which has to at least correspond to the market price plus premiums attached to organic cultivation practices.