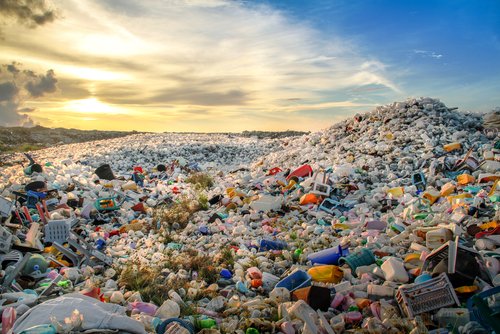 The aim of the new alliance launched by the German government is to create new projects to avoid waste, for recycling and for correct disposal.
Photo: Shutterstock/Mohamed Abdulraheem

Germany’s Federal Ministry for Economic Cooperation and Development (BMZ) has joined forces with a large number of organisations and the countries of Indonesia and Ghana to launch an international alliance to prevent waste.

Waste has become a globalised product. Millions of tonnes of it are transported around the globe. Usually, waste from the Global North ends up on huge tips in the Global South that are sifted through for recyclable material under the worst working conditions.

In order to check the problem, Germany’s Federal Ministry for Economic Cooperation and Development (BMZ) initiated the international waste alliance “Prevent”, which links up 31 organisations and companies from the food industry, the waste and recycling industry and research institutions and social enterprises. The countries of Indonesia and Ghana are further partners. The aim is to create new projects to avoid waste, for recycling and for correct disposal in developing countries and emerging economies. Together with the Indonesian Ambassador to Germany, Arif Havas Oegroseno, Federal Development Minister Gerd Müller presented the initiative in Berlin in mid-May.

The Minister noted that just four per cent of all waste was being recycled in developing countries. In this context, he criticised the largest African tip for electric waste, which is located in Ghana. There, more than 15,000 children living on the tip were using cigarette lighters and hammers to gain recyclable material from the electric scrap and were attempting to recycle it themselves. Local politicians were turning a blind eye on the situation. In addition to avoiding waste, quantities of it that could not be prevented had to be reused in a circular economy, Müller stressed. In the surroundings of the waste tip in Ghana, the BMZ was establishing a recycling system with which up to 10,000 jobs were to be created.

According to Müller, first, the German initiative was to be extended to the European Union level, and then it was to be further developed. Local communities were an important contact in Germany itself. They had numerous international partnerships as well as the “best skills and knowhow” in the waste disposal sector, he said. “Clean Tech made in Germany” had gained a good reputation world-wide and could help reduce and recycle the world’s mountains of waste.

Müller noted that the global challenges were considerable. For example, while Indonesia had banned the sale of plastic carrier bags in supermarkets, half of the household waste in the country was burned illegally.

According to the business promotion company Germany Trade & Invest, 90 per cent of what is gathered ends up unsorted on a waste tip. The BMZ has therefore called for the construction of modern waste disposal sites and sorting plants.