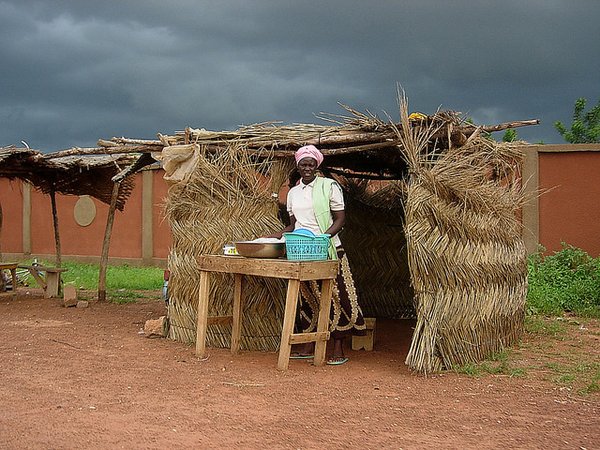 Observing the New Alliance for Food Security and Nutrition

The New Alliance for Food Security and Nutrition (NAFSN) was launched in 2012 by the G8 countries, ten African countries, the private sector and NGOs. The results achieved so far have been evaluated in a Synthesis Report issued by IFPRI.

Presenting a Synthesis Report to the Development Committee of the European Parliament, Ousmane Badiane of the International Food Policy Research Institute (IFPRI) gave an assessment of NAFSN’s results so far. The New Alliance had soon met with criticism by civil society for its alleged insufficient consideration of smallholders as the backbone of rural Africa.

In 2012, the G8 countries had joined forces with ten African countries, the private sector and relief organisations to form the New Alliance for Food Security and Nutrition (NAFSN), a new concerted action campaign against hunger and poverty.

Thus, after 30 years, agriculture and food security were once again a focal issue in global African policies. The 1980s were regarded as a decade of development, albeit without much having changed in Africa.

Together with private investment and national political frameworks, a new development approach was to support the focus of the Comprehensive Africa Agricultural Development Programme (CAADP) with the backing of 35 African countries, concentrating on progress made in agriculture and food security.

The example of Benin

Benin’s government has launched 24 policy programmes for six NAFSN programmes, but has only implemented all of them in strengthening the role of women in the agricultural sector.

The report points out that the agricultural sector has not been developed, explaining that out of the money earmarked for the period from 2011 to 2015, just 48.5 per cent was actually spent.

An analysis of private investments in Benin shows significant gaps in the areas of seed, fertiliser and mechanisation, all three of which were previously defined as sensitive. While the NAFSN really has brought some companies closer to the smallholders, especially to men and wage labourers, it has only met with limited success in terms of higher income and food security. In Benin, aid benefited 161,337 smallholders and created 1,861 jobs, 67 per cent of which were staffed by women. Indirectly, smallholders also benefited from contract production and the expansion of upstream services.

France withdrew from the NAFSN following the analysis of a project in Burkina Faso. The Centre for the International Cooperation in Agricultural Research for Development (CIRAD) arrived at the conclusion that, regarding this project, situated 200 kilometres southeast of Benin’s capital, Ouagadougou, smallholder land was being placed at the disposal of foreign investors, resulting in food insecurity.

To Ousmane Badiane, this tends to be an indication of ambitiousness being confronted with reality.

The IFPRI report arrives at the overall conclusion that within a very short space of time, the New Alliance has eliminated many bottlenecks in national policies aimed at more investment in agriculture. However, it points out that many of the institutions involved are not aware of NAFSN’s goals. And it maintains that an increase in administrative capacities is needed for an across-the-board approach. One of the biggest challenges is the combination of NAFSN policies with existing programmes. Badiane is reckoning with additional effects during the implementation process.

The New Alliance is rooted in a global approach and defines itself as a cross-continent plan for national governments. The Synthesis Report maintains that breaking down its goals to local needs in individual regions is difficult. National governments are required to take action in this context, Badiane explains.

Rural Africa still has an unfavourable climate for private investors, he points out. Companies prefer to invest in cities and renewable energies. Policies therefore need to be oriented on integrating private capital.

The Synthesis Report shows that there is a lack of data and indicators required to conduct a comprehensive evaluation. This shortcoming, it argues, limits any form of development aid.  The European Commission would like to see the NAFSN, combined with social and environmental aspects, understood as an alternative model to Chinese investment policy in Africa.