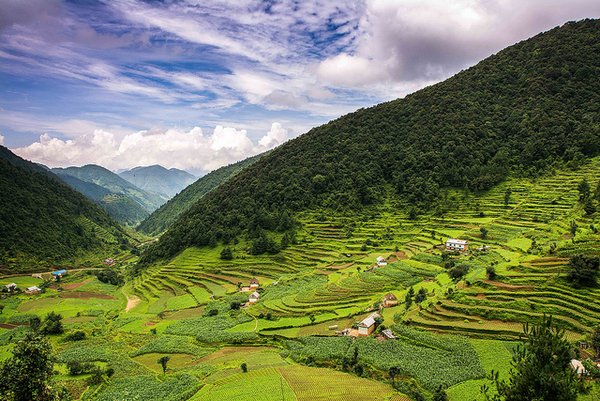 NGOs are criticising the climate-smart agriculture approach. They warn that companies could abuse the term and use it for their greenwashing efforts, while the concerns of small-scale farmers are inadequately addressed.

More than 300 NGOs published a statement in September 2015 cautioning against presenting Climate-Smart Agriculture (CSA) as a solution against climate change at the UN climate summit in Paris (30 November to 11 December 2015).

In their statement entitled Don't be fooled! Civil society says NO to “Climate-Smart Agriculture” and urges decision-makers to support agroecology, NGOs criticise that the term climate-smart agriculture is not adequately defined. They see a risk that on the one hand the needs of small-scale farmers are not adequately addressed and on the other that companies could misuse the term for greenwashing purposes.

“Climate-smart agriculture may sound promising,“ explains the statement, „but it is a politically-motivated term. The approach does not involve any criteria to define what can or cannot be called “climate smart”. Agribusiness corporations that promote synthetic fertilisers, industrial meat production and large-scale industrial agriculture – all of which are widely recognised as contributing to climate change and undermining the resilience of farming systems – can and do call themselves “climate smart”. CSA claims to include all models of agriculture. However, it lacks any social or environmental safeguards and fails to prioritise farmers’ voices, knowledge and rights as key to facing and mitigating our climate challenges. It therefore actually threatens to undermine agroecological approaches as defined by practitioners, while endangering the future development and upscaling of such approaches.“

The NGOs propose orienting action more to the term agroecology, because: “Agroecology is a holistic approach to agriculture, based on principles of ecology as well as food and nutrition security, food sovereignty and food justice which seek to enhance agricultural systems by using and recycling natural resources instead of relying on externally-purchased inputs. It encourages local/national food production by small food producers and family farmers, and is based on techniques that are not delivered from the top-down, but developed from farmers’ traditional knowledge and practices as well as from farmer innovations.

This approach is based on farmers’ participation and makes nature a powerful ally in ensuring food and nutrition security, building healthy soils and conserving water. It increases farmers’ incomes and resilience in the face of climate change, while improving biodiversity and crop diversity. It is therefore crucial for all efforts to realize the human right to adequate food and nutrition.“
A year ago already, when the Global Alliance for Climate-Smart Agriculture was founded, NGOs wrote an open letter questioning and criticising the approach.
The concept of climate-smart agriculture was originally developed by the Food and Agriculture Organization of the United Nations (FAO); the Global Alliance for Climate-Smart Agriculture is an independent alliance that has the objective of upscaling the climate smart agriculture approach.

The Global Alliance for Climate-Smart Agriculture

Read the Statement: Don't be fooled! Civil society says NO to “Climate Smart Agriculture” and urges decision-makers to support agroecology