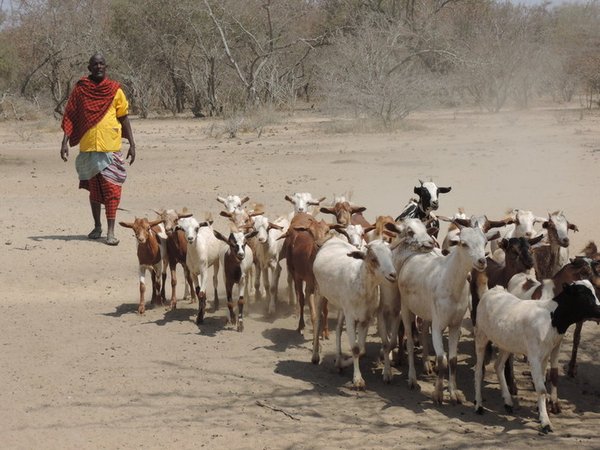 A Maasai leading his goats to water in northern Tanzania.
Photo: ©IFAD/Joanne Levitan

Negotiations at the UN Human Rights Council conclude with deepened understanding of rural peoples’ rights and with the UN Intergovernmental Working Group gearing up for a 5th session. This was reported by the non-governmental organisation FIAN in late May 2017.

The 5-day discussion counted on the participation of social movements, affected communities and
Civil Society Organisations (CSOs) worldwide and raised issues of vital importance for the declaration, FIAN reported. Discussions contributed to deepening the understanding of State parties vis-a-vis key human rights of peasants and other people working in rural areas.

Negotiations stimulated the participants’ reflection on the contents of the declaration, as discussions got more elaborated on core legal issues. While some subjects continued to trigger controversy, States generally showed more willingness to negotiate and recognise the interdependent set of rights of the rural world, according to FIAN.

Despite positive developments, some other States continued to oppose the recognition of crucial rights of peasants, such as the right to land and collective rights, which are essential for the object and purpose of the declaration to be fulfilled.

Some States appeared reluctant to approach the right to land in a holistic manner, which involves freedoms and entitlements, crucial for the fulfilment of rural people’s rights. The right to land is about access, use and management of land, necessary for the realisation of the rights to an adequate standard of living, to health and to participate in cultural life, as well as the right to be free from forced evictions or from contamination and destruction of water bodies and fisheries.

By the same token, some others limited collective rights to indigenous peoples. Yet, the recognition of collective rights also corresponds to the way in which rural communities operate, especially in relation to the use, access and management of their resources, since most of them are socially defined and organised collectively. As echoed during the session, an exclusively individual rights approach could actually be detrimental to communities and contribute to antidemocratic practices within them, which would be contrary to the object and purpose of the declaration itself.