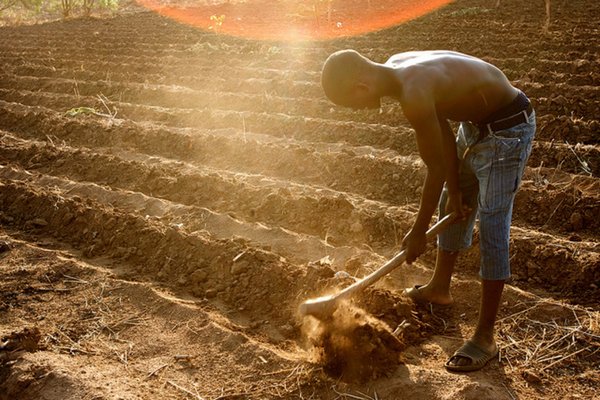 Agriculture as the largest source of employment: A farmer prepares his field for the planting season, Malawi.
Photo: © Stephen Morrison/DFAT

Africa is projected to have just one low-income country by 2050, according to a new report published by IFPRI. Large infrastructure gaps, climate change, high speed of urbanisation, and a youthful and rapidly growing population will influence the future pace of growth.

Most African countries that today are considered low income will transition to middle income within 15 years, and all but one will be middle income by 2050, according to the Annual Trends and Outlook Report (ATOR), released in September 2015 by the Regional Strategic Analysis and Knowledge Support System (ReSAKSS), a programme facilitated by the International Food Policy Research Institute (IFPRI).

Africa has enjoyed economic growth in recent years. However, that progress has not been enough to make up for the lost decades of economic stagnation that preceded the recent recovery. And secondly, the benefits of this growth have not trickled down to the wider population.

The report found that Africa south of the Sahara is projected to experience more sustained economic growth in GDP per capita between now and 2030 and 2050. Some trends that are likely to influence the trajectory of African economies include:

By 2050, climate change will result in a 25% increase in cereal prices compared with a no-climate-change scenario.

African diets are changing in response to rapid urbanisation and the rise of a middle class. Fifty percent of Africa's population is projected to live in urban areas by 2020. Processed food now represents a significant share of food purchases, even for the rural poor. Diets have also diversified beyond grains into horticulture, dairy, livestock, fish, and pulses.

Structural change in Africa is now contributing to productivity growth. Africa's informal goods and services sector (e.g. home goods and handicraft production, and food staples processing) is emerging steadily, and must play a major role in future growth and industrialisation. Industrialisation in Africa has been weak and has contributed little to Africa’s recent growth. A new industrial strategy needs to focus on investing in infrastructure, especially energy, transport, and water supply.