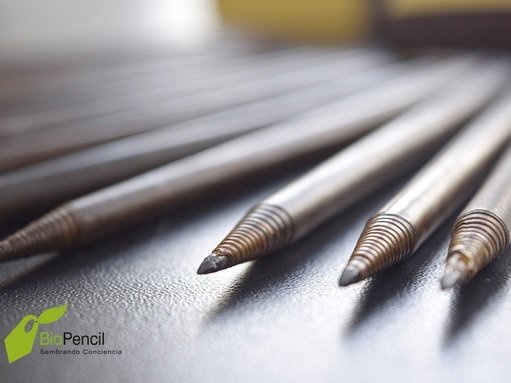 “Why kill a tree when you can give life to one?” Pencils from algae instead of wood.
Photo: BioPencil

In July the United Nations Conference on Trade and Development held the Oceans Forum in Geneva, Switzerland. The focus was on Sustainable Development Goal 14 – “Life below water”. Specifically, it was concerned with the subgoals of fishery subsidies and sustainable management.

Seafood provides 20 per cent of animal protein for 3.2 billion people, and 200 million jobs are directly related to fishing. But around one-third of global fish stocks are in danger. One reason is the subsidies for fishing fleets and fishing industries. Possible solutions were discussed in the session of the World Trade Organisation (WTO) as part of the 2nd Oceans Forum on Trade-related Aspects of SDG 14, which was held in Geneva in mid-July. The Forum was hosted by the United Nations Conference on Trade and Development (UNCTAD) together with the UN Food and Agricultural Organization (FAO) and UN Environment Programme (UNEP). The motto was “Use trade to help, not harm, global fisheries”.

The goal is to reduce the number of fishery subsidies

Tackling the fisheries subsidies that facilitate overfishing – such as fuel subsidies, which make it affordable for industrial fleets to plunder the deep seas – is a concern for many countries. SDG 14 calls for an end by 2020 to subsidies that lead to overcapacity and overfishing or contribute to illegal, unreported and unregulated (IUU) fishing. However, fishing nations were unable to agree on a roadmap for eliminating subsidies, even at the latest WTO Minister Conference in Buenos Aires in 2017.

For Mere Falemaka, the Pacific Islands Forum’s permanent representative to the United Nations and WTO, the problem is not trade distortions, but rather complex management issues in which various policy strands, including trade law, social development and environmental protection, come together. She believes it is not simple to balance the interests of developed and developing countries.

Lucas Assunção, in charge of UNCTAD’s trade, environment, climate change and sustainable development branch, cited another challenge: the lack of data that everyone agrees on, and which negotiators can base their discussions on. Even so, WTO members could not afford another failure of the negotiations. With a view to the upcoming WTO round of negotiations, the European Commission’s Director for international ocean governance and sustainable fisheries, Anders Jessen, warned countries against making SDG 14 the first unachievable goal in the 2030 Sustainability Agenda.

According to United Nations Oceans Envoy Peter Thomson, fish as a value chain are insufficiently linked to other industries. He argued that they still have plenty of innovations to offer, giving the example of the “BioPencil” start-up in Peru, which was presented in Geneva.

Every year 14 billion pencils are used worldwide. The New York Stock Exchange alone uses two million. Trees need some 10–14 years to grow the raw materials for more pencils, while a trader turned a pencil into sawdust within two weeks. BioPencil CEO Hernán Garrido Lecca wanted to do something about this waste of resources, and today he makes pencils from algae.

Previously, Lecca harvested algae off the Peruvian coast, to sell them to Chilean industry. While experimenting with laminated algae to make sheets of paper, he rolled the mix like Cuban cigars around a pencil as a blank – and the new business idea was born. However, he was unable to find a factory able to implement it technically, so he formed his own company.

Today, he employs more than 500 women over 50, who make “Biopencils” manually. The company creates additional income for this population group in the low-wage sector. To make the pencil even more sustainable – and interesting for pupils – the company added a cap that contains seeds. The cap is simply stuck in the ground or in a flower pot, and grows into a physalis plant, following the company’s motto: “Why kill a tree when you can give life to one?” Lecca has already obtained a US patent to develop the first foreign market.

Rural 21 no 3/2015 on Sustainable fisheries and aquaculture