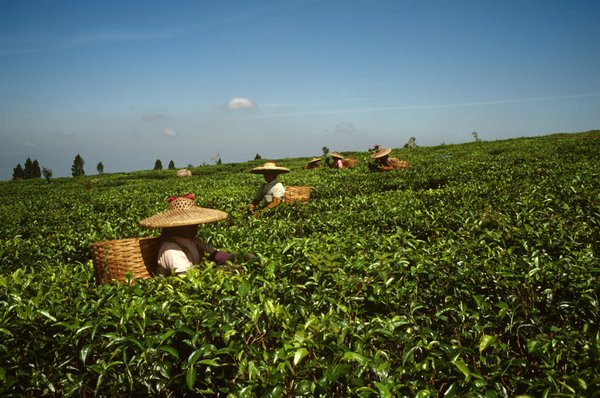 Tea pickers working in the field. In 2015, the UK obtained 79 per cent of all tea imports from developing countries.
Photo: © J. Micaud / FAO

London will continue to assist poor countries after Brexit

The Least Developed Countries (LDCs) are also waiting with bated breath for the outcome of the Brexit negotiations. The latest positive signal from the UK Government should let them breathe a sigh of relief.

In the UK, it is planned to maintain the same concessionary import conditions for poor countries after Brexit as they enjoy today in the EU. The Government announced this at the end of June 2017, after a host of charities demanded a clear statement of intent. The commitment means that around 48 countries across the globe will continue to benefit from duty-free exports into the UK on all goods other than arms and ammunition – known as ‘everything but arms’.

Time Alread of the UK Fairtrade Foundation was satisfied: ‘We’re glad to hear that the Govern-ment intends to strengthen a guarantee for imports from the Least Developed Countries.’

For Transfair partners like Kenya outside the LDC group, banana imports to the UK will continue to be duty-free. However, Alread wants to get concessions from the UK Government for newly-industrialising emerging countries as well.

Read the Statement from the British Department for International Development