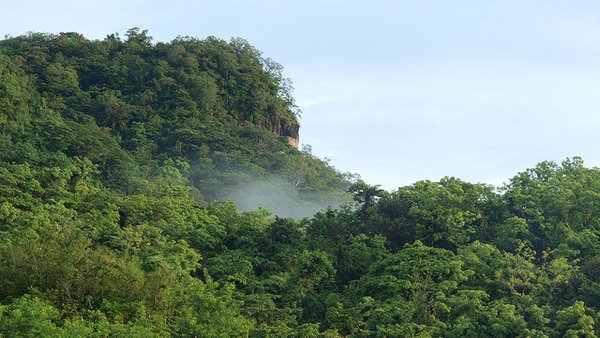 Total carbon emissions from forests decreased by more than 25 per cent between 2001 and 2015, mainly due to a slowdown in global deforestation rates, reported the United Nations Food and Agriculture Organization (FAO) in March 2015.
Global emissions from deforestation dropped from 3.9 to 2.9 giga-tonnes (Gt) of carbon dioxide (CO2) per year over the period 2001-2015. Deforestation is defined as a land-use change, from forest to other land uses.

FAO emphasised at the same time that despite the overall reduction in carbon emissions from forests linked to less deforestation, emissions from forest degradation significantly increased between 1990 and 2015, from 0.4 to 1.0 Gt CO2 per year. Forest degradation is the reduction in tree biomass density from human or natural causes such as logging, fire, wind-throws and other events.

The absorption of carbon by forests helps to counterbalance (although not entirely) overall emissions due to the conversion of forests to other types of land use. Forests absorb and store an additional two billion tonnes of CO2   per year (2011-2015), excluding emissions from deforestation. Half of the forest carbon sink is related to growth in planted forests.

Developed countries continue to represent the bulk of the overall estimated carbon sink, with a share of 60 per cent (2011-2015). This share, however, has decreased from 65 per cent (2001-2010), mainly due to a decrease in the establishment of new planted forests.

Developing countries account for the remaining 40 per cent of the total carbon sink.

At the regional level, Africa, Asia and Latin America and the Caribbean all continued to release more carbon than they absorb, although emissions from Africa and Latin America decreased between 1990 and 2015. Brazil alone represented more than 50 per cent of the overall estimated reduction in carbon emissions between 2001 and 2015.
The forests of Europe and North America functioned as net carbon sinks between 1990 and 2015 since they absorb more carbon than they release, whereas Oceania did not show a clear trend in forest emissions over the same period.