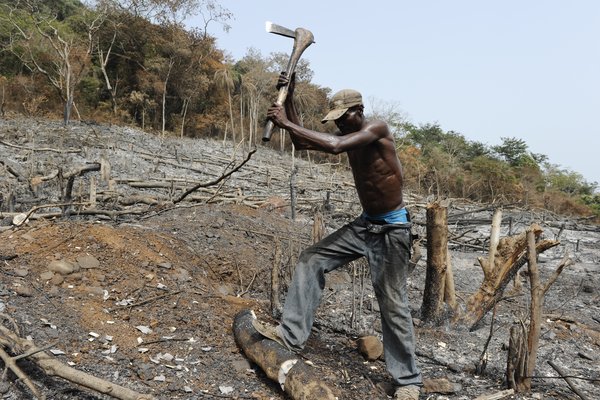 One third of the world’s population is vulnerable to dispossession by more powerful actors.
Photo: © Welthungerhilfe Boethling

Land rights need to be protected

Around 2.5 billion people across the world use fifty per cent of the land area in accordance with common law. But only one-fifth of these land rights is formally secured.

Only one-fifth of the land cultivated by rural and indigenous communities in developing countries is legally protected from land grabbing by governments and companies. Since 2002, nearly one thousand people have been killed as a result of violent land conflicts.

This is revealed in the report "Common Ground", published in March 2016 by the International Land Coalition (ILC), Oxfam and the Rights and Resources Initiative (RRI). The report connects with a Call for Action for the Protection of Land Rights, with which more than 300 organisations worldwide have aligned themselves.

Consequences of the lack of protection of land rights

The lack of protection of land rights has serious consequences: Since 1990, conflicts over land rights have frequently been at the centre of civil wars. In Darfur, for example, the break-up of the traditional land ownership structure triggered conflicts between pastoralists and farmers. Globally, land conflicts are becoming increasingly acute, particularly in Brazil, Honduras, Peru and the Philippines. Since 2002, the number of people killed in the struggle for land rights has been increasing.

In addition, insecure land rights mean reduced protection from land grabbing by mining or agricultural companies, which appropriate forests, grazing grounds or agricultural land with the help of governments and local elites.

Peace in the affected countries is only possible if land conflicts are settled in a manner that is acceptable for all involved parties. The report provides examples of the positive effect that can come from secured land rights.

Mongolia: After decades of state control, followed by a phase of privatisation, Mongolia is now handing over public pasture land to the responsibility of communities. Old land administration structures are thus being revived. The result: The degradation of soil conditions could be significantly reduced and incomes of the participating communities increase by 50 per cent.

Sri Lanka: When the military in Sri Lanka drove out residents from their land on the east coast in 2011 in order to build a tourist site, the women of the Paanama area responded with public campaigns and legal action. They took the case to court, submitted a petition to the national human rights commission and allied themselves with other groups. At the start of 2015, the new government ordered the land to be returned to the community.

More information on the Call for Action