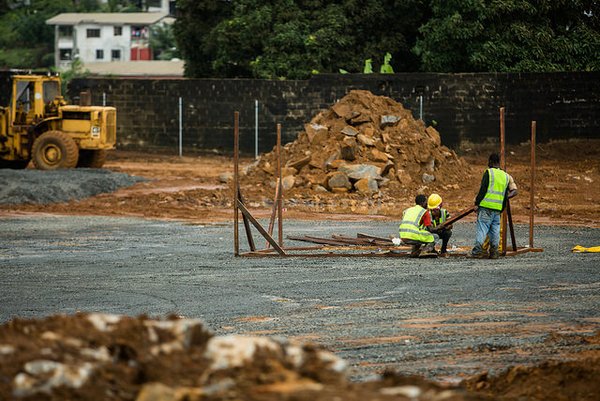 More and more farmland is not only changing hands but increasingly being actively managed and utilised.
Photo: Morgana Wingard/ UNDP/Flickr.com

Investors own 26.7 million hectares of farmland

Around 2 per cent of land suitable for farming is owned by investors, according to a new report by the Land Matrix initiative. Farmland is not only changing hands but increasingly being actively managed and utilised.

Around the world some 26.7 million hectares of farmland have passed into the hands of investors since 2000, according to an October 2016 report by the GIGA German Institute of Global and Areas Studies, based on a new report by the Land Matrix initiative, “Land Matrix Analytical Report II: International Land Deals for Agriculture”.

This means that around 2 per cent of land suitable for farming is owned by investors, an area roughly equivalent to the total area of the UK and Slovenia.

More and more farmland is not only changing hands but increasingly being actively managed and utilised, according to the authors. They expect that the impact on the affected local population groups will intensify further in the next few years.

The deals relate primarily to areas previously used for farming, leading to increased competition for land and potentially to conflicts with the local population.

Worldwide, 1,004 deals for farmland (“land deals”) have already been signed. Agricultural use has been initiated for around 70 per cent of the deals (710).

The continent most strongly impacted by land deals is Africa, where there are 422 deals for a total area of 10 million hectares. Other heavily impacted regions are eastern Europe and south-east Asia.

Most investors are from Malaysia, the USA, UK, Singapore and Saudi Arabia. Investors from western Europe are involved in 315 land deals with an area of 7.3 million hectares, making this the largest investor region. According to current data, Germany is involved in 26 land deals with a total area of 433,000 hectares.