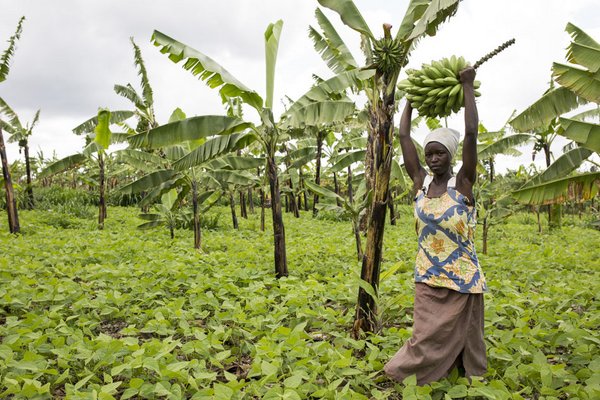 Investing in climate adaptation for smallholder farmers pays off

In regions where IFAD invests in climate change adaptation, the rate of return for smallholder farmers, or even the government agencies that put the projects in to practise, comes higher than in other areas.

Globally, there is a strong economic case to invest in agriculture for future food security and rural livelihoods under climate change, according to experts from the International Fund for Agricultur-al Development (IFAD).

For each dollar invested through the Adaptation for Smallholder Agriculture Programme (ASAP), farmers could earn a return of between USD 1.40 and USD 2.60 over a 20-year period by applying climate change adaptation practices. This was reported by IFAD during the Marrakesh Climate Conference in November 2016.

The Adaptation for Smallholder Agriculture Programme (ASAP), launched by the International Fund for Agricultural Development (IFAD) in 2012, has become the largest global financing source dedicated to supporting the adaptation of poor smallholder farmers to climate change. The pro-gramme is working in more than thirty developing countries, using climate finance to make rural development programmes more climate-resilient.

In all regions where IFAD invests in adaptation, the rate of return for farmers, or even the gov-ernment agencies that put the projects in to practise, comes in 15 to 35 per cent higher, even when the costs of borrowing are taken in account.

At the farm level, positive economic returns can be demonstrated for several practices that build adaptive capacity and reduce emissions intensity, such as innovative rice cropping in Vietnam, or switching from growing coffee to cocoa in Nicaragua.

Alongside farm-level actions are a further set of non-technical mitigation and adaptation interven-tions, which are just as important but more difficult to quantify and value, says the report. These include capacity building, institutional strengthening, access to value chains and research. These climate resilient practices also have a demonstrated effect on food security both locally and glob-ally.

Climate change plans for the agricultural sector need to be based on solid economic assessment that includes policy mainstreaming, iterative planning, a balance of project-level and farm-level assessments of costs and benefits, and appraisal of economic incentives and the enabling envi-ronment for farmers and other private-sector actors, according to IFAD experts.

Download the report „The Economics Advantage: Assessing the value of climate change actions in agriculture“

More information on the Adaptation for Smallholder Agriculture Programme (ASAP)