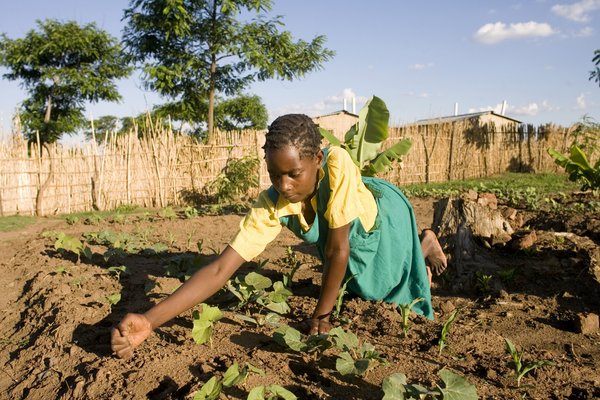 A joint project by FAO and Nepad, financed by the Africa Solidarity Trust Fund aims to to promote rural youth employment and entrepreneurship in agriculture and agribusiness in Benin, Came-roon, Malawi and Niger.

The Food and Agriculture Organization of the United Nations (FAO) and the New Partnership for Africa's Development (NEPAD) have joined forces to increase job and business opportunities for young people in rural areas of Benin, Cameroon, Malawi and Niger through a USD four4 million grant made available by the Africa Solidarity Trust Fund. This was reported by FAO in October 2016.

According to the “Datenreport” published by Deutsche Stiftung Weltbevölkerung in August 2016, more than 40 per cent of the population in sub-Saharan Africa are below 15 years of age.

The agreement  will help the four countries involved draw up and implement policies that seek to boost the development of enterprises in rural areas, including through the transfer of knowledge and skills.

Project funds will be used over a three- year period, and will serve to ensure that young people, in particular women, gain greater access to the rural economy. This includes the creation of decent jobs, both in the farming and non-farming sectors, through public-private investments.

Creating income opportunities for women and the rural youth

The project objectives are in line with the 2014 Malabo Declaration, inthrough which African Un-ion leaders pledged to achieve a set of goals in the agriculture sector by 2025. One of these is to increase youth employment in Africa's rural areas by 30 per cent, especially through the strength-ening of agriculture value chains, while another iswas to prioritise and support livelihood and in-come generating opportunities for women and the rural youth.

The project will ensure that Benin, Cameroon, Malawi and Niger have in place national action plans on youth employment and skills development in rural economic value chains. In addition, each country will pilot a set of Youth Capacity Development Projects.

Another wider objective is to improve policy dialogue among countries, regional organisations, development and resource partners to forge a co-ordinated approach to decent youth employ-ment and entrepreneurship in Africa.

The Africa Solidarity Trust Fund was launched in 2013 as a unique Africa-led initiative to improve agriculture and food security across the continent. It includes contributions from Equatorial Guin-ea (USD 30 million), Angola (USD 10 million) and a symbolic contribution by civil society organisa-tions in the Republic of the Congo.