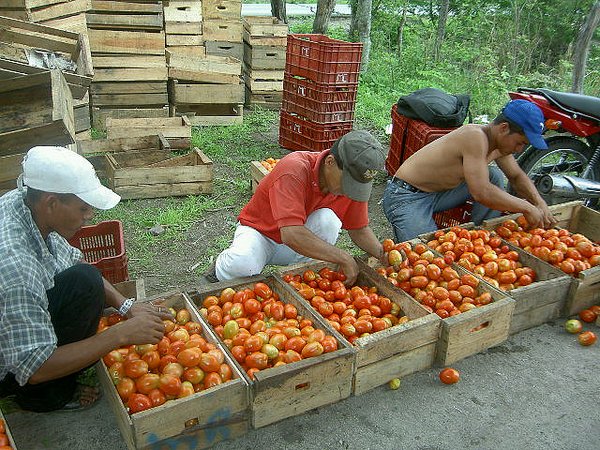 The LINK method can be useful in promoting inclusive innovations.
Photo: © vredeseilanden (Flickr.com)

Inclusive business models have been advocated for years to integrate the poor into markets as consumers and producers. The International Center for Tropical Agriculture (CIAT) recently presented its LINK model at the “Tropentag” in Berlin.

In value chains, there has traditionally been a low level of co-operation between partners at different levels. “A lot could be improved,” said Matthias Jäger of the International Center for Tropical Agriculture (CIAT) at this year’s Tropentag in Berlin, Germany, in late September. He is a marketing expert and has intensively dealt with value chains. “If co-operation is enhanced in this area and participants seek systematic alliances rather than regarding themselves as rivals in the value chain, such alliances can position themselves on the markets, thus giving themselves a competitive edge,” Jäger explained. This enhanced co-operation is the basis of inclusive business models.

Together with development organisations and major NGOs operating in Central America, CIAT has developed a method to work out such a model and, above all, to measure inclusiveness. Practical experience gathered by development practitioners and the problems that they encounter in their co-operation with smallholders and in the value chain provided the basis for this. The desire emerged “to have a method enabling a zoom-in at the concrete relations between smallholders, their organisa-tions and the trade partners,” Jäger explained.
The so-called LINK method starts with an analysis of the business models and the value proposi-tions of trade partners and co-operatives; however, the value propositions of the co-operative vis-à-vis its members also play a role. The managing director has to know what his members expect to gain, otherwise he will quickly have a problem on his hands with delivery reliability, “for the big problem with these co-operatives is the side sales. As soon as anyone offers five cents more, he will be the one the members sell their product to”.

The scientists measure inclusiveness with the aid of various criteria, such as the degree of infor-mation exchange, market access, transparency in price negotiations and the type of service that the trade partner is offering a co-operative, i.e. loans, technical assistance or business consulting. Anoth-er important criterion is whether the partners at different levels are joining forces to develop prod-ucts, especially in innovations.

The LINK method can be useful in promoting inclusive innovations, as an example of an asparagus co-operative in Peru shows. It sells the vegetable to the Belgian supermarket chain Colruyt via a middleman and an importer. The business models along the entire value chain were evaluated in accordance with the LINK method, the result being that the transaction costs were reduced and sustainable improvements were achieved. Furthermore, this led to a new product. In addition to deep-frozen and fresh asparagus, Colruyt were eager to include tinned asparagus in their range. This innovation had been planned with all trade partners, and the question of where the value chain could be significantly improved for the upstream stages was discussed. The local partners equipped themselves with the machinery needed to tin the vegetables in Peru and thus benefit from the value added.

Value added in an inclusive business model is based on the three pillars of social, economic and environmental value. But in order to get there, one has to know what value creation looks like in the existing business model of a co-operative or a trade partner. Thus the discrepancies in the value propositions of the trade partners are revealed, and dialogue can start. “This results in more trans-parency in a trade relationship,” says Matthias Jäger, an expert on the subject. “And more transpar-ency then leads to more trust. Usually, the margins are treated like a state secret, especially in trade. They are never exchanged. In an inclusive business model, people do not attempt to outdo each oth-er but form alliances. “This helps to develop long-term partnerships and also to lower transaction costs, because there is no longer a continuous search for new trade partners.”

Although the LINK method is only two years old, it has already been applied by a number of major NGOs, such as Heifer International or the Catholic Relief Services (CRS) for some time. It is al-ready an integral element of the projects that CRS runs in Africa. Development organisations and the private sector are also making use of the potential that the new method offers. One very con-crete result is that a Nicaraguan tomato co-operative is now being paid by the US-American retailer corporation Walmart within a matter of five days, having previously had to wait for 90 days. And just a few months ago, the Unilever corporation committed its suppliers to applying this method in all business relations with smallholders in order to improve inclusiveness.