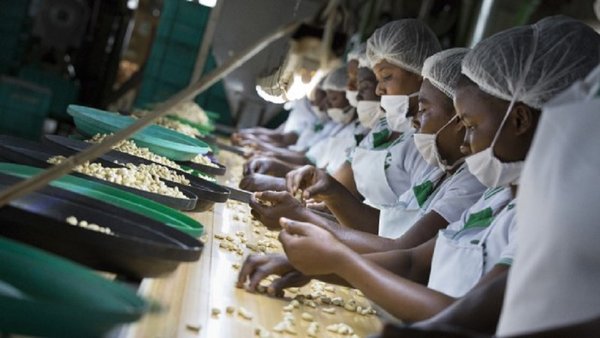 The aim of Germany’s new supply chain act is to improve the protection of human rights all along global supply chains, preventing, for instance, child and forced labour. Photo: © Thomas Imo/photothek.net

Improving human rights and the environment along global supply chains

Germany’s Supply Chain Due Diligence Act enters into force on the 1st January 2023, the Federal Government announced at the beginning of this year. It will see the first comprehensive, world-wide regulation of corporate due diligence obligations with regard to the respect of human rights and the protection of environmental interests.

With the entering into force of the Supply Chain Due Diligence Act (LkSG) on the 1st January, companies are now obliged to set up effective risk management to identify, avoid and minimise the risk of human rights violations and specific types of environmental degradation.

According to a German Government press release, the Act sets out the preventative and remedial measures needed in companies’ own operations and along their supply chains and obliges them to establish a complaints procedure and regular reporting. It will initially apply to companies in Germany with at least 3,000 employees. From 2024, it will also apply to companies with 1,000 employees or more.

Announcing the entering into force of the LkSG, Federal Minister for Economic Cooperation and Development Svenja Schulze said: “By passing this law, Germany has done pioneering work on organising globalisation so that it is fairer. People in developing countries often lack ways to assert their rights against international companies and their suppliers. Our legislation helps to correct this imbalance of power by establishing more legal obligations for companies. It will empower, in particular, the many women and children in developing countries who often work under disgraceful conditions in sewing rooms, mines, on cocoa plantations, or in other risk sectors.”

Schulze added that the law was also good for the many companies which were already credibly committed to upholding human rights and environmental standards in their supply chains.

“A clean environment is a basic human right”

“Since a clean environment has been recognised as a basic human right, it has become clear that nature conservation and the protection of human rights must go hand in hand,” said Federal Environment Minister Steffi Lemke, announcing the new Act. She added that environmentally friendly supply chains preserved the very foundations of life.

“However, by merely looking at a product, nobody can tell where the raw materials come from or how much noise, emissions and wastewater are generated during production,” the Minister said. She added: “The Supply Chain Act makes a product’s ecological footprint more visible and companies’ sustainable practices more transparent.”

“Environmental protection is also in the strategic interest of the private sector. Multinational enterprises in particular cannot turn a blind eye on this issue, and from now on will have to take more responsibility for how their supply chains affect people and nature world-wide,” Minister Lemke concluded.

Role of the Federal Office for Economic Affairs and Export Control

According to the press release, the Federal Office for Economic Affairs and Export Control will monitor and report on whether companies are fulfilling their due diligence obligations annually. It has the authority to require improvements and impose fines.

As an experienced supervisory body, the Federal Office for Economic Affairs and Export Control will be effective and require only a minimum of red tape in its monitoring of the implementation to make the introduction of the law as user-friendly as possible.

A total of 1.4 billion employees world-wide work under inhumane conditions. The number of victims of forced labour and slavery is rising significantly. According to recent estimates from the International Labour Organization (ILO), the level of the latter is now at 28 million people.

In addition, more and more children are being forced to work because their parents’ wages are not sufficient – in the goldmines of Burkina Faso, as textile workers in Bangladesh and on the cocoa plantations in the Republic of Côte d’Ivoire. The situation has further deteriorated because of the COVID-19 pandemic, so that the ILO estimates that there are currently around 160 million children in work. Half of them are younger than twelve years old.

Global environmental problems also largely arise along international supply chains. Depending on the sector, up to 90 per cent of greenhouse gases and air pollution is generated along supply chains and not in the business operations of multinational companies themselves. For example, land and water consumption in the food and textiles industries occurs almost entirely at the level of the supplier.