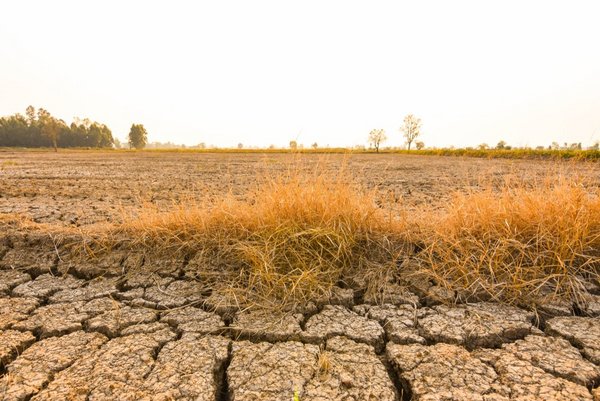 In the project GlobeDrought researchers examine the varying impact of drought events and their risks in in different regions of the world.
Photo: ©Shutterstock

How data can help in combating drought risks

An integrated project has calculated drought risks world-wide in high resolution. In the project, drought hazards were established via remote surveillance and with hydrological modelling and yield models.

How do droughts develop, and how do such periods impact on water resources, productivity in crop farming, the food trade and the need for international support? In the integrated project “GlobeDrought”, which is coordinated at the University of Göttingen/Germany, researchers examined drought events and their risks across the world. They have arrived at the conclusion that drought hazards and drought risks vary considerably both in temporal terms and with regard to the drought impacts examined.

The question of whether a drought hazard – brought about for example by a lack of rainfall – will evolve into bottlenecks in drinking water or food supply also depends considerably on the vulnerability of the systems, which varies very strongly depending on regions and sectors.

The team describe the risks by linking indicators of drought threats, exposure and vulnerability for agricultural systems as well as water supply. Global drought risk analyses were supplemented with detailed regional surveys, for example for South Africa and Zimbabwe. Drought hazards were established using data from remote surveillance and with hydrological modelling and yield models.

More than 20 indicators were used to assess vulnerability. The indicators describe the social and ecological susceptibility of systems and their coping capacities. The scientists compared the results of the drought risk analysis with already known drought impacts such as yield losses, monetary losses, inhibited water and food supply from global and regional data banks. A system for global seasonal drought forecasting was also developed and tested with 2018 data.

For example, the team demonstrate that in rainfed farming, the most severe risks occur in Southern and Northern Africa, parts of East Africa, Central and Western Asia and Mexico. Since different systems are vulnerable to droughts to different extents, similar drought threats can lead to considerable differences in drought risks.

“The aim has to be to reduce vulnerability in order to limit drought impacts and move towards proactive drought management,” says Professor Stefan Siebert, who heads the working group on plant cultivation at the University of Göttingen’s Department for Crop Science. His team contributed to illustrating the drought risk in agriculture with plant growth and yield modelling.

The forecasts for 2018 were of varying quality. Whereas the prognoses for the Southern Hemisphere and Southern Europe were mainly good, the severe drought in Central and Eastern Europe was not forecasted well. Further research is required to examine the prognostic quality more systematically and develop operational drought forecasting systems for regions with good prognostic quality.

The team fed the data gained in the project into various drought information systems – also into the Global Drought Observatory of the European Commission’s Joint Research Center. This system informs politicians, decision-makers and the population in Europe on drought risks.

The integrated project involved the German Universities of Göttingen, Bonn and Frankfurt am Main, the United Nations University, also in Bonn, Welthungerhilfe and the company Remote Sensing Solutions GmbH.

Germany’s Federal Ministry of Education and Research (BMBF) supported this project in the context of the “Globale Ressource Wasser” (GRoW – Water as a Global Resource) measure.