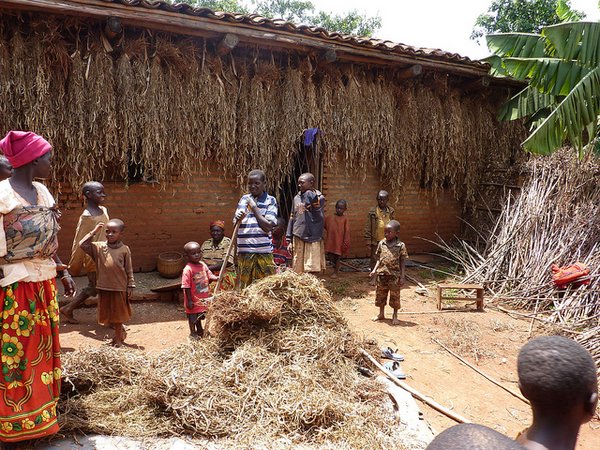 How can sub-Saharan Africa meet its growing food demand?

Recent studies have focused on the global picture, anticipating that food demand will grow 60 per cent by 2050 as population soars to 9.7 billion, and hypothesising that the most sustainable solution is to close the yield gap on land already used for crop production.

Yet, although it is essential to close the yield gap, which is defined as the difference between yield potential and actual farm yield, cereal demand will likely not be met without taking further measures in some regions, according to the authors of the report “Can sub-Saharan Africa feed itself?”, published in the Proceedings of the National Academy of Sciences (PNAS) in December 2016.
In particular, sub-Saharan Africa faces the prospect of needing greater cereal crop imports or expanding onto previously unfarmed lands, which will lead to a sharp uptick in biodiversity loss and greenhouse gas emissions in the region.

To meet food demand without planting on previously unsown lands, farmers in sub-Saharan Africa will need to close yield gaps, but in addition consider options to sustainably intensify the number of crops grown on existing croplands by rotation and expanding the use of irrigation in a responsible manner.
Cereal demand will triple by 2050
More than half of global population growth between now and 2050 is projected to occur in Africa, where it increased 2.6 per cent each year between 2010 and 2015, according to data from the U.N. Department of Economic and Social Affairs. In sub-Saharan Africa, population will increase 2.5 times overall by 2050, and demand for cereals will triple, while current levels of cereal consumption already depend on substantial imports.

For the study, scientists focused on ten countries where cereals make up half of calories in the human diet and half the cropland area that are part of the Global Yield Gap Atlas, which is developed using local data, to estimate food production capacity on existing cropland. Of the ten countries, seven do not have enough land area to support expansion.

Except in Ethiopia and Zambia, cereal yields in most countries in the region are growing more slowly than population and demand, while total cropland area has increased a massive 14 per cent in the last ten years. Although Ethiopia shows progress in crop production intensification, other countries lag behind.
The study is co-authored by Wageningen University, University of Nebraska-Lincoln, and multiple CGIAR centers, regional and national Institutions in Africa.