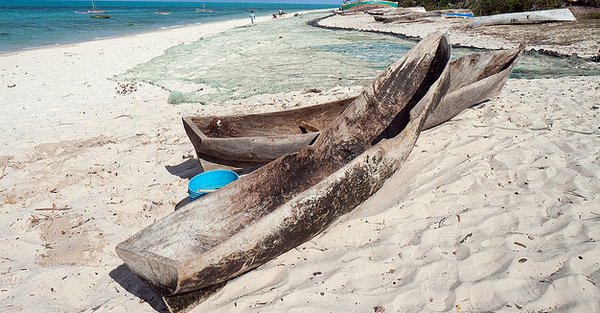 The costs of climate change adaption are expected to rise far beyond Africa’s coping capacity, even if warming is kept below 2°Celsius. Ambitious cuts in global emissions, increased and innovative adaptation financing are needed to spare the continent worst climate change impacts.

Africa is the continent whose warming is deviating most rapidly from "normal" conditions. It could see climate change adaptation costs rise to USD 50 billion per year by 2050, even assuming international efforts keep global warming below 2°C this century. This is stated in the report Africa’s Adaptation Gap 2 published by the United Nations Environment Programme (UNEP) in March 2015.

The report says deep global emissions reductions are the best way to head off Africa’s crippling adaptation costs. It also finds that the continent’s domestic resources are insufficient to respond to projected impacts, but would be important to complement international funding for African countries.

Warming projections under medium scenarios indicate that extensive areas of Africa will exceed 2°Celsius by the last two decades of this century relative to the late 20th century mean annual temperature. Under a high warming pathway, temperatures could exceed 2°Celsius by mid-century across much of Africa and reach between 3° and 6°Celsius by the end of the century. This would have a severe impact on agricultural production, food security, human health and water availability.

In a 4˚Celsius world, projections for Africa suggest sea levels could rise faster than the global average and reach 80 centimetres above current levels by 2 100 along the Indian and Atlantic Ocean coastlines, with particularly high numbers of people at risk to flooding in the coastal cities of Mozambique, Tanzania, Cameroon, Egypt, Senegal and Morocco.

The report explores the extent to which African nations can contribute to closing the adaptation gap—especially in the area of identifying the resources that will be needed.

The evidence suggests that African countries—such as Ghana, Ethiopia and South Africa—are already committing some resources of their own to adaptation efforts. However, international funding will be required to bridge the growing adaptation gap even if African nations commit to ways to increase domestic resources. Current levels of international finance, through bilateral and multilateral sources, are not sufficient.

Scaling up international climate finance under the UN Framework Convention on Climate Change (UNFCCC) may lead to sufficient funding for adaptation, but even in that case, implementation can only reach its full potential if complemented by comprehensive and effective national and regional policy planning, capacity-building and governance.

The promotion of an effective enabling framework for private sector participation in adaptation activities would also be a key contributor to closing the funding gap, the report finds.