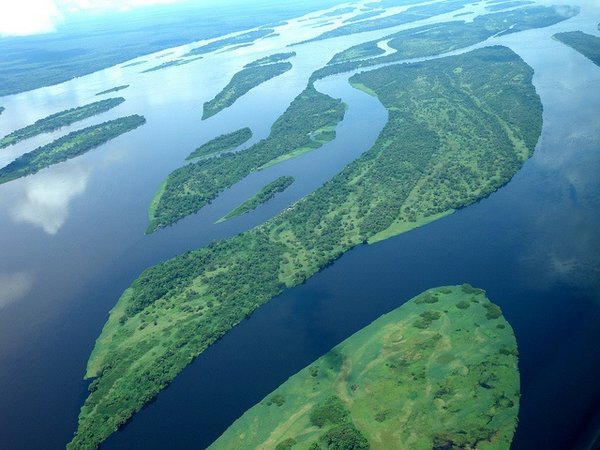 Aerial view of the Congo River. In the majority of rivers in the Global South water pollution has worsened since the 1990s.
Photo: © UNEP

While the quality of surface water has noticeably improved in recent decades in many parts of the developed world, water pollution in the majority of rivers in Africa, Latin America and Asia has increased, as a new UNEP report shows.

Water pollution has worsened since the 1990s in more than 50 per cent of river stretches in the Global South. This is the result that the study “A Snapshot of the World’s Water Quality: Towards a global assessment”, arrives at. The study is the work of more than 40 authors who were commissioned by the United Nations Environment Programme (UNEP), and it is based on hundreds of thousands of data sets on water quality world-wide provided by the United Nation’s Global Environmental Monitoring System (GEMS). The scientists analysed the causes of detrimental modifications in the quality of bodies of water and assessed the impacts that these could have on human health, food security and the state of aquatic ecosystems.

“Water pollution is a very serious problem in Latin America, Africa and Asia which is leading to a new form of water scarcity,” says lead author Joseph Alcamo, formerly UNEP Chief Scientist and today Managing Director of the Center for Environmental Systems Research (CESR) at the University of Kassel, Germany. “Deteriorating water quality restricts the use of freshwater resources, limiting them where they are needed most badly.”

Some of the main findings of the study:

However, the study also points out that most river sections in these continents are still in a qualitatively good state. The authors maintain that nowadays, severe pollution can be tackled with a wide range of technical and management measures.