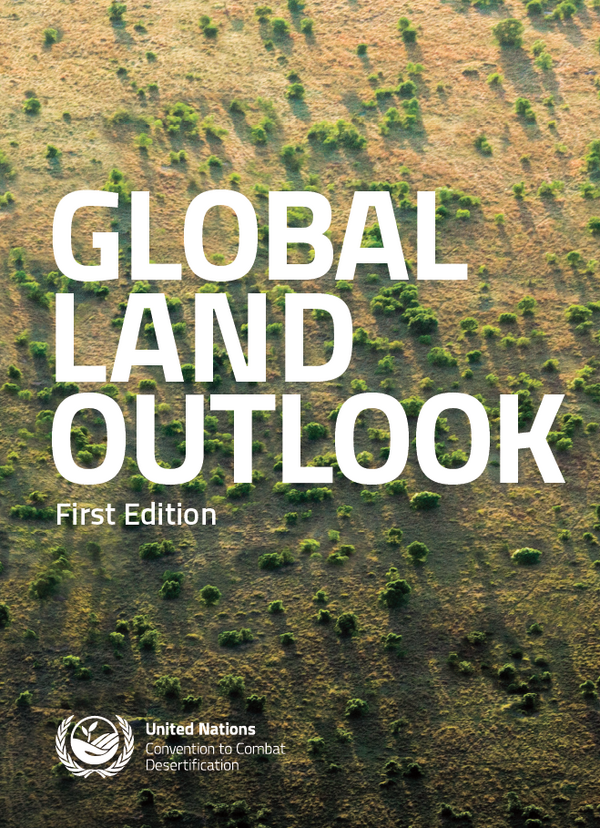 Consumption of the earth's natural reserves has doubled in the last 30 years, with a third of the planet's land now severely degraded, according to the Global Land Outlook. Better land use and management are critical for achieving Agenda 2030, says the report.

The Global Land Outlook (GLO) was published in September 2017 by the United Nations Convention to Combat Desertification (UNCCD) secretariat with the support of numerous partners, including the European Commission, the Governments of Korea, Switzerland and the Netherlands, and the United Nations Development Programme (UNDP).

Currently, more than 1.3 billion people are trapped on degrading agricultural land and in drastically increasing competition for crucial ecosystem services such as food, water and energy. Each year, 15 billion trees and 24 billion tonnes of fertile soil are lost, according to the report, while smallholder farmers, women and indigenous communities are the most vulnerable.

The GLO draws on an analysis of recent trends in land productivity and modelling of land demand scenarios up to the year 2050.  It outlines how reversing trends in the condition of land resources and by adopting more efficient planning and sustainable practices could accelerate efforts to achieve many of the Sustainable Development Goals.

The report is an in-depth analysis of the multiple functions of the land viewed from a wide range of interrelated sectors and thematic areas. This includes the food-water-land nexus, as well as the ‘less obvious’ drivers of land use change, notably the nature of economic growth, consumer choices and global trade patterns.

Crucially, the report examines a growing disconnect between the financial and socio-economic values of the land and how this affects the poor.