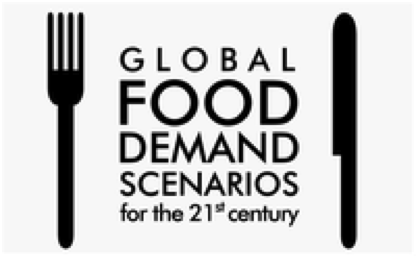 Global food demand will double until mid-century, and in particular the demand for animal products will rise rapidly, a study by the Potsdam Institute for Climate Impact Research (PIK), shows.

The development of future diets is not only crucial for food security and nutrition, but also for greenhouse gas emissions from agriculture. Using a new simple and transparent tool, the scientists of the Potsdam Institute for Climate Impact Research (PIK), Potsdam/Germany, investigated different scenarios for future calorie demand around the globe. Their results are visualised in an interactive online application, enabling interested parties to explore the future demand for plant and animal products per capita and day on a continental scale.

Published in the open-access journal PLOS One, the researchers applied their new method in a showcase to four acknowledged and common scenarios of global socio-economic development (SRES). However, the method can easily be used for upcoming scenarios as well.

The scientist’s results indicate a strong increase of global food demand until 2050 in all four scenarios. “Under continuous income growth, there are good prospects that wide-spread undernourishment will strongly decline until 2050,” the second lead author Benjamin L. Bodirsky says. “But already today, unhealthy diets cause globally a higher mortality than undernutrition and hunger.” Unhealthy diets, rich in red meat, sugar, and processed foods, are an important risk factor for many non-communicable diseases like diabetes II, cancer, or coronary heart disease.

This risk factor may become even more prominent in the future, as many emerging economies are projected to rapidly increase their demand for animal-based products. Also per-capita caloric demand is projected to increase in all world regions, either due to higher per-capita intake, or due to an increase of food waste in households.

"Agriculture plays a major role in shaping our future"

The Food Demand model can be used to create long-term scenarios of household food consumption for all countries of the world. It is based on a statistical analysis of historical data on dietary patterns and income of 162 countries over 46 years. The scenarios can be customised to a specific storyline by applying different input data from the key indicators GDP and population growth.

“From climate change to poverty, hunger or health: Agriculture plays a major role in shaping our future,” says co-author Hermann Lotze-Campen, chair of PIK research domain Climate Impacts and Vulnerabilities. “Our study shows on the one hand that in some regions like Sub-Saharan Africa, undernourishment is likely to persist in the coming decades and requires a long-term engagement. At the same time, our results indicate the importance of returning to a healthy diet that benefits the climate and environment as well as people’s health: In some of the richest countries, the share of animal-based calories has already started to decline.”