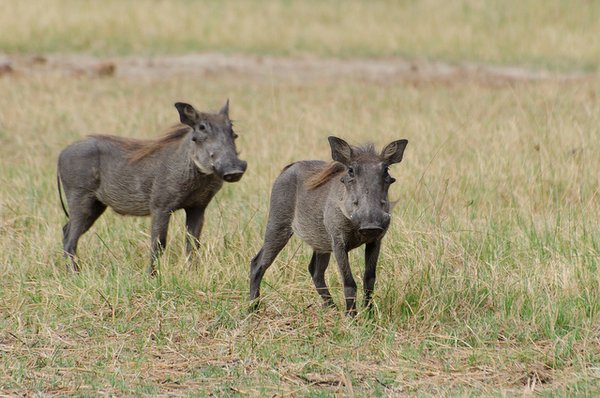 Ghana not getting rid of African swine fever

Ghana reported outbreaks of African swine fever for the first time in 1999. Since 2009, the virus has been penetrating pig stocks year after year. The latest outbreak was confirmed by authorities in the coastal area of the Central Region in May 2018.

Since 1999, African swine fever has been reported in Ghana at irregular intervals. The latest outbreak was confirmed by the authorities in May 2018. In the periurban area of the Central Region’s capital of Cape Coast, 83 per cent of the existing pig stocks succumbed to the disease.

Although the veterinary authorities had instated an exclusion zone out of which animals were not to be transported, by June, the disease had already spread to five districts in all. The government suspects that forbidden consignments of pigs had left the exclusion zone. A total of 898 pigs were officially culled.

Unconfirmed reports associate the virus with an outbreak in Ghana’s western neighbouring state of Côte d’Ivoire in late 2017. According to the World Organisation for Animal Health (OIE), 4,546 out of 4,746 infected pigs had died there. Ghanaian fishers are supposed to have sold pigs infected with ASF in Côte d’Ivoire at reduced prices.

Together, the two countries imported pork worth 22 million US dollars in 2017. Over the last ten years, considerable progress has been made in pig farming in Ghana, and the national herd has grown to 650,000 animals. Pork is very popular with the more income-strong middle classes of the cities. Last year, Ghana imported pork worth 2.6 million USD. Côte d’Ivoire’s pork imports total 19.4 million USD, and compared to Ghana, with just 400,000 animals, it has a smaller herd. Its imports have risen by 60 per cent over the last five years.

Problems in disease control result from the absence of any compensation for culled animals. This is why pig farmers are reluctant to report diseased animals. Carcasses are known to have been secretly buried or thrown into the sea in a bid to “save” the animals that were still alive. Another problem that veterinaries are struggling to cope with in controlling African swine fever is illegal trade between Côte d’Ivoire and Ghana.

In 2017, the UN Food and Agriculture Organization (FAO) seconded experts for the “Regional strategy for the control of African swine fever in Africa programme”.

African swine fever (ASF) is a highly contagious haemorrhagic disease of pigs, warthogs, European wild boar and American wild pigs. All age groups are equally susceptible. In African countries, the ASF virus is transmitted by soft ticks. Contact with blood is the most efficient route of transmission. With high virulence forms of the virus, ASF is characterised by high fever, loss of appetite, haemorrhages in the skin and internal organs, and death in two to ten days on average. Mortality rates may be as high as 100 per cent.
The organism which causes ASF is a DNA virus of the Asfarviridae family. ASF is a disease listed in the OIE Terrestrial Animal Health Code and must be reported to the OIE. ASP is no zoonosis, i.e. a disease which can be transmitted from animals to humans, and therefore represents no threat to humans.