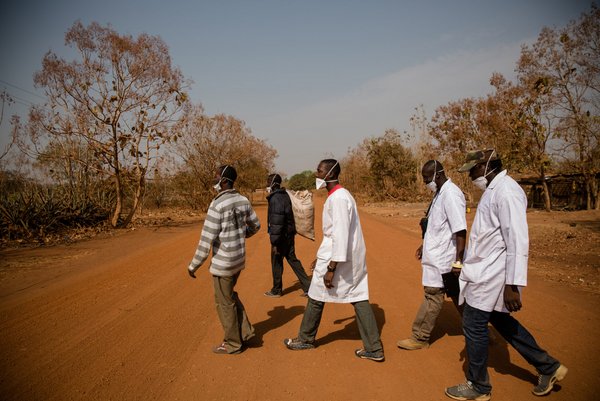 Genetically engineered mosquitoes to be released in Africa

The government of Burkina Faso has granted permission to release genetically engineered mosquitoes anytime, researchers announced in September 2018. It’s a key step in the broader efforts to use bioengineering to eliminate malaria in the region.

The release of genetically engineered mosquitoes, which scientists from Burkina Faso, Mali and Uganda are hoping to execute soon, will be the first time that any genetically engineered animal is released into the wild in Africa. While these particular mosquitoes won’t have any mutations related to malaria transmission, researchers are hoping their release, and the work that led up to it, will help improve the perception of the research and trust in the science among regulators and locals alike. It will also inform future releases.

Teams in three African countries — Burkina Faso, Mali, and Uganda — are building the groundwork to eventually let loose “gene drive” mosquitoes, which would contain a mutation that would significantly and quickly reduce the mosquito population. Genetically engineered mosquitoes have already been released in places like Brazil and the Cayman Islands, though animals with gene drives have never been released in the wild.

Villagers must give consent for release

In Africa, the project’s success depends on more than just the science of genetic engineering, the scientists note. The people who live in the areas where the mosquitoes will be released must give their consent, researchers must staff and maintain labs to work with genetically modified animals, and regulators must accept the new technology. The impending release of these mosquitoes serves as a stress test for the whole system.

“We’re seeing all those other pieces that are as important, if not more important, than the science itself, lined up and actually being executed in sequence,” said Philip Welkhoff, malaria director at the Bill and Melinda Gates Foundation, which dedicated USD 70 million to support the research teams in the three countries.

Burkina Faso’s national biosafety authority granted permission in August for scientists to release up to 10,000 genetically engineered mosquitoes, said Delphine Thizy, director of stakeholder engagement for the “Target Malaria” project, which coordinates the teams across the three African countries, along with researchers in England and Italy.

These mosquitoes, unlike their “gene drive” counterparts, are not intended to have a lasting impact on the insect population. They have something called a “sterile male” mutation — none of the male mosquitoes that will be released will be able to have offspring, said Abdoulaye Diabate, the lead researcher in Burkina Faso.

Nearly all will be male, but less than one per cent might be female — which are the only members of the species that bite. If any bite a human, they will not pass on any genetically modified material, Diabate said.

All of the modified mosquitoes the group will release are also weaker than natural mosquitoes, so they should die off in a matter of months, Thizy said.

See also article of the project to release engineered mosquitoes in Burkina Faso by the same author: www.statnews.com/2017/03/14/malaria-mosquitoes-burkina-faso/